Taking place at the manufacturer’s facility in Yeovil in southwest England, the modifications are part of a £330 million ($410 million) contract to upgrade a total of 25 Merlin HC3/3A aircraft.

Performed under the Merlin Life Sustainment Programme, enhancements to the former Royal Air Force helicopters include automatic folding main rotor blades and tail, as well as a common cockpit with the navy’s in-service Merlin HM2 fleet. 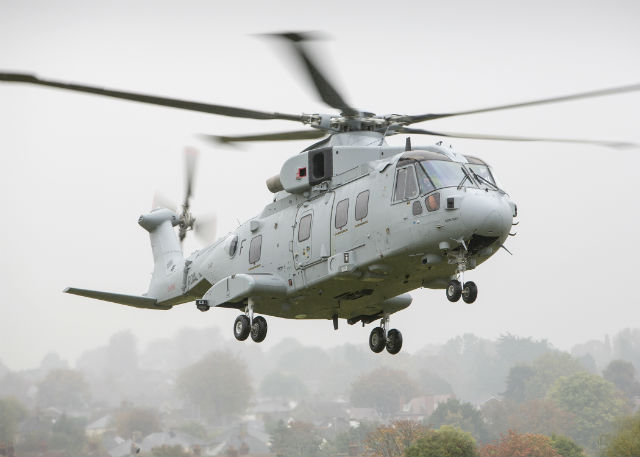 Deliveries of the upgraded AW101s, which will replace the now retired Sea King HC4/4+ operated by the navy’s Helicopter Commando Force, will begin in 2017 and run until 2020.

Seven airframes have been handed over in an interim standard as immediate cover for the departed Junglies. These will later receive the full package of enhancements.