The first F-35 Lightning II to have been assembled away from Lockheed Martin’s Fort Worth site in Texas has performed its debut flight, from Cameri air base in Italy.

Conventional take-off and landing (CTOL) aircraft AL-1 completed a 1h 22min flight on 7 September, with Lockheed test pilot Bill Gigliotti having been at the controls. “As expected, the jet performed exceptionally well and without any surprises,” he said following the sortie. 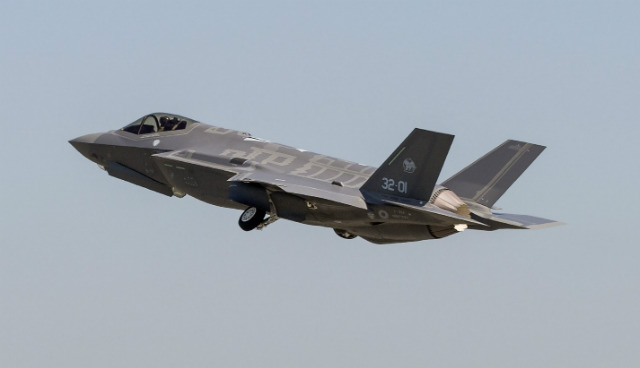 Future Italian air force asset AL-1 was completed at Italy’s final assembly and check out facility (FACO) at Cameri, which was established under a cooperation agreement with the Italian government and local industry partner Alenia Aermacchi. Its debut represents “the programme’s first-ever F-35 flight outside the United States”, Lockheed notes.

Having been rolled out in March, “AL-1’s official delivery to Italy is expected by the end of the year”, the US company says.

Flightglobal’s Fleets Analyzer database records Rome as currently planning to acquire up to a combined 90 F-35As and short take-off and vertical landing B-model examples for its air force and navy. These will be completed at the Cameri FACO, along with some of the CTOL aircraft to be bought by the Netherlands.