Boeing has promoted its industrial capabilities in India, as it eyes potential deals to sell the F/A-18E/F Super Hornet to the nation's air force and navy.

Speaking at the Aero India show near Bengaluru on 21 February, company officials said it would build a “factory of the future” in India to produce the Super Hornet. New Delhi has two separate requirements for combat aircraft: 110 for the air force and 57 for the navy.

Boeing also announced that it has held discussions with partners Hindustan Aeronautics and Mahindra Defence Systems at the show.

“The partners are developing comprehensive plans to set up a new 'factory of the future' to manufacture Super Hornet locally,” says Boeing. “The programme is expected to work with several Indian suppliers to grow a thriving defence aerospace base, which could accelerate other programmes. The facility will create a world-class, highly-trained aerospace workforce.” 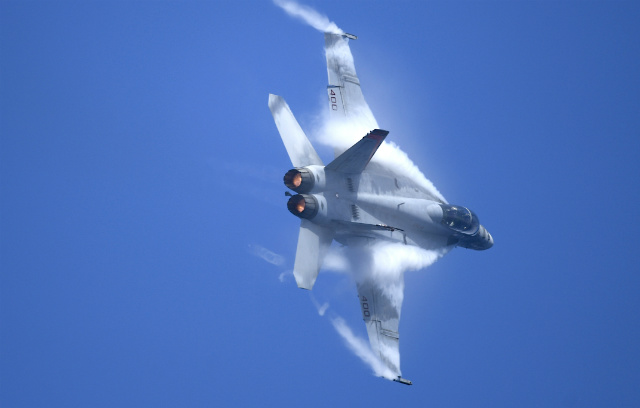 Boeing vice-president Thomas Breckenridge claims that the F/A-18E/F is the stealthiest fighter on the table for both Indian requirements, and offers the lowest per-flight hour cost in the US inventory.

For the opportunities with New Delhi, the company would pitch the Super Hornet’s new Block III variant, which features updated avionics and sensors, and has an increased range through the use of conformal fuel tanks.

Boeing’s promotion of the industrial offering involved with the Super Hornet came a day after rival Lockheed Martin rechristened the F-16V Block 70 as the ‘F-21’ for India. It too stressed its desire to build the aircraft in India – an F-21 video showed a futuristic factory – in conjunction with partner Tata Advanced Systems.

For the 110-unit air force competition, other contenders include the Dassault Rafale, Eurofighter Typhoon, RAC MiG-35, Saab Gripen E and Sukhoi Su-35. The Rafale and Super Hornet are regarded as the main contenders for the Indian navy requirement.