America’s elite troops want to move away from GPS-guided munitions for precision strikes. 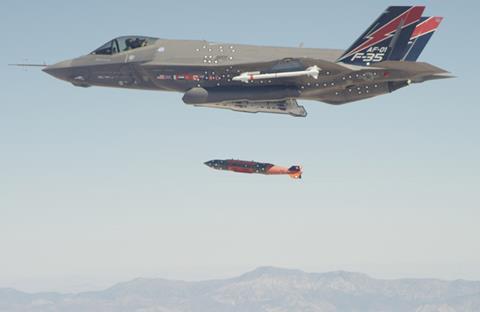 The GPS-guided Joint Direct Attack Munition, or JDAM, has been a fixture of the US air arsenal for almost 25 years

Foertsch was speaking as part of a presentation by Program Executive Office (PEO) Fixed Wing, an office of SOCOM’s Special Operations Forces Acquisitions, Technology and Logistics section. SOCOM operates its own procurement offices separate from the PEOs that acquire new equipment and technology for the USA’s conventional forces.

The Global Positioning System is powered by a constellation of orbiting satellites that are controlled by the US Government. The technology is heavily integrated into US military operations, involved in everything from navigation to encrypted battlefield communications.

GPS has also fuelled a revolution in precision air support. The bolt-on Boeing Joint Direct Attack Munition (JDAM) guidance kit has allowed more than 400,000 unguided, gravity bombs to be quickly and cheaply converted into precision munitions. The JDAM kit can also be fitted with a laser-seeking sensor.

However, some 25 years after JDAM revolutionised air support, US operators think GPS-guided bombs’ best days are behind them. Russia and China have successfully tested satellite-killing missiles in recent years that could be used to knock out GPS satellites. It is also possible to jam, disrupt or even spoof signals coming from those satellites.

In 2011, Iran forced the landing of a Lockheed Martin RQ-170 Sentinel unmanned air vehicle being operated by the USAF for surveillance over Iranian airspace. GPS spoofing has been suggested as one possible explanation for the incident.

With that vulnerability in mind, SOCOM is asking the defence industry to come forward with options for replacing GPS in precision weapons.

“Right now, we largely do laser targeting,” Foertsch notes. “But we’re looking for future capability that industry has pushed along in the optical realm, or automated target recognition.”

“Automated target recognition” is military-speak for artificial intelligence-powered systems that can identify targets based on appearance. A variation of that concept already powers technologies like facial recognition.

While laser-guided munitions can already remove GPS from the equation, they are less apt when it comes to another precision strike priority: target stand-off. Laser guidance requires someone or something – whether it be ground forces, loitering UAVs or manned aircraft – to get close enough to paint targets with lasers.

The Mitchell Institute’s Mark Gunzinger, a retired USAF colonel, reached a similar conclusion to SOCOM. In a 2021 paper, Gunzinger argued the USAF should focus on developing so-called “stand-in” weapons that can be released and fly independently to a target 50-250nm (93-463km) away.

However, such replacements are likely years away from full-scale implementation. GPS munitions may also continue to have a role during conflicts in so-called “permissive environments”, where adversaries do not have advanced air defence or electronic warfare capabilities.