Davis briefed journalists about the E-7A capability on the Avalon static line, where both it and the P-8A are on display.

The squadron operates six E-7s, which originally entered service a decade ago. Despite early teething problems the platform has greatly matured. It received final operational capability (FOC) in May 2015. 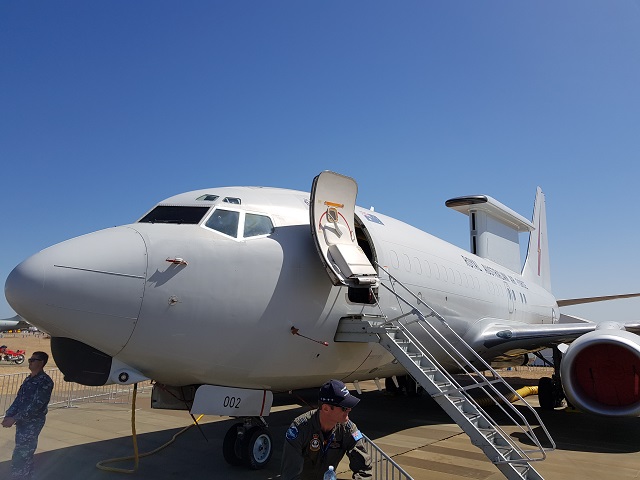 “We’ve come a long way,” says Davis. He has long experienced with AEW&C types, having worked on RAF E-3 Sentries and US Navy E-2C Hawkeyes.

Typical missions for the E-7 last five hours, although the type performed a marathon 17 1/2 hour mission as part of Australia’s contribution to the air coalition over Iraq in Syria. This longer mission was enabled by the aircraft’s ability to refuel in the air.

He says that the aircraft’s Northrop Grumman-supplied MESA (multi-role electronically scanned array) radar has a 400km detection range when the jet is operating at 30,000ft. One benefit over mechanically scanned systems is the ability to “stare” along a given vector.

Despite the RAAF’s positive experience in recent years, the E-7A requires some upgrades, mainly around its communications and the display screens for its ten operator stations.

As for the P-8A, Group Captain John Grimes, commanding officer of 92 Wing, says the type is a huge improvement over the venerable Lockheed Martin P-3C Orion that it is replacing in RAAF service. 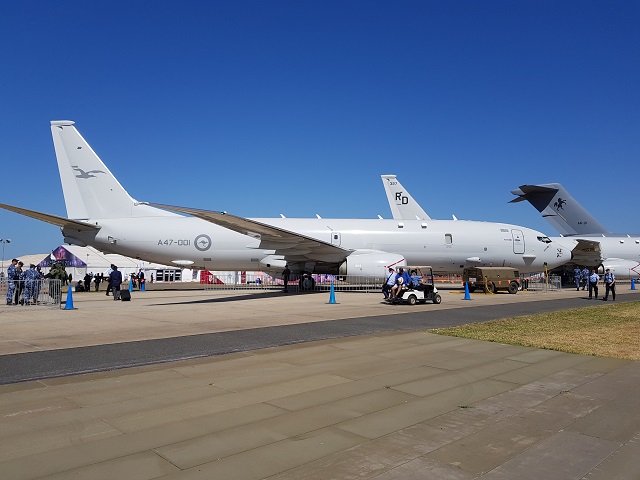 One major improvement is crew fatigue. Grimes notes that the P-8A’s interior is far more comfortable and quieter, which benefits crew well being on longer missions.

Another big change is the amount of information that the aircraft collects, and how much flows out to other RAAF platforms.

The type received Initial operational capability in 2018, with FOC targeted in 2021. In addition to a full mission set, FOC will see the RAAF obtain a full complement of spares, as well as have 12 fully trained P-8A crews.