The AVIC Guizhou FTC-2000G has made its public debut, appearing in the static line at Airshow China in Zhuhai.

The FTC-2000G appeared amid a range of air-to-air and air-to-surface weapons, such as the SD-10 semi-active air-to-air missile (the export variant of the PL-12), the CM-102 anti-radiation missile, and various guided and non-guided bombs.

Targeted at the international market, the FTC-2000G’s appearance comes just over one month after the its maiden flight. It is based on the FTC-2000 AJT, which itself made its show debut at Zhuhai in 2016. 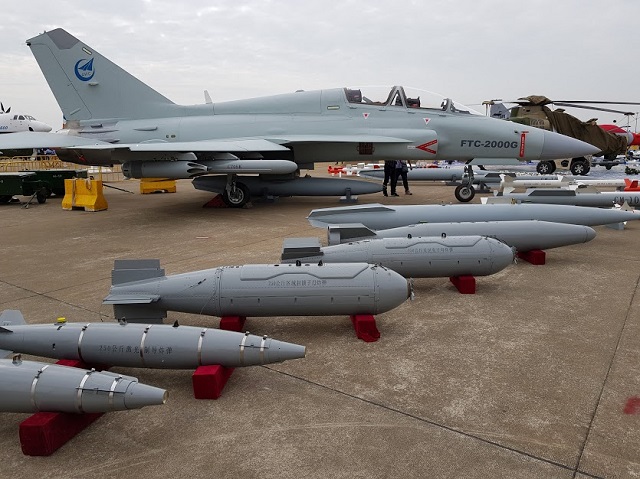