Development of the AVIC FC-31 fighter is going well, and the aircraft is destined to enter service with the People's Liberation Army (PLA), according to its chief designer.

A report the official China Daily newspaper quotes Sun Cong, a chief researcher at AVIC's Shenyang Aircraft Corporation unit, as saying that observers can expect news about the project at some point.

"You will see its latest developments in due course, in the near future," Sun is quoted as saying. 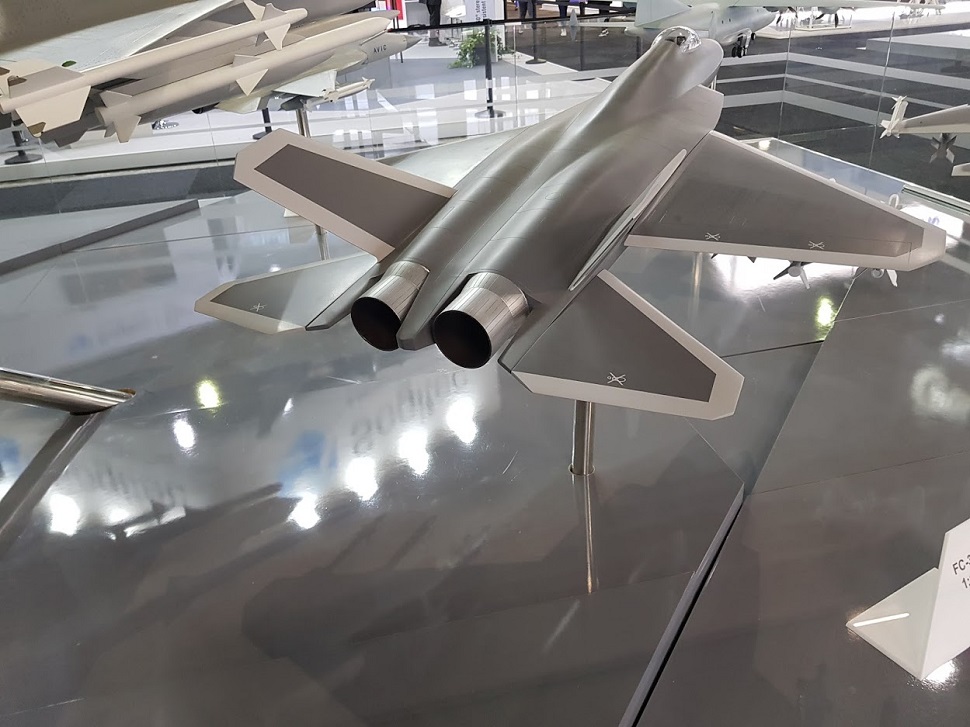 It contends that Sun's comments should scorch the view that the FC-31 programme is stalled, with Beijing focused on building up its fleet of Chengdu J-20 fighters.

While some observers have speculated the FC-31 will never enter Chinese service, there has also been speculation that the FC-31 will replace the J-15 as China's carrier-borne fighter.

Like the J-31, the FC-31 is believed to be powered by a pair of Klimov RD-93 engines, although AVIC officials have never confirmed this. It is believed that eventually the aircraft will get a Chinese engine, the developmental AVIC Guizhou WS-13 Taishan.

The FC-31, which first flew in 2016, features a cropped tail, whereas the J-31 had a nearly triangular tails with a horizontal top.

AVIC had a rare public discussion about the FC-31 at the Dubai air show in 2015, when it appeared to be seeking an international partner for the type.

In the Dubai press briefing, Gyrfalcon designer Lin Peng said the FC-31 is envisaged as a low-observable jet with “multi-spectrum, low-observability characteristics.”

The fighter will be capable of a range of missions, including offensive/defence counter air, deep strike, suppression of enemy air defences, interdiction, close air support, and intelligence, surveillance and reconnaissance.

In its 2019 report to Congress about Chinese military developments, the US Department of Defense noted that China was making progress with the FC-31.

While it said the J-20 had likely entered service, it said FC-31 production could begin in 2019. For both types, however, the report noted that China is having difficulties with engines and radars.