​Boeing, Canberra team up for AI in UAVs

Boeing has entered a partnership with an Australian government research group to help design and test artificial intelligence (AI) in unmanned systems.

The DCRC was set up in 2017 to work with industry in order to bring “smart-machine technologies” to the country’s military. 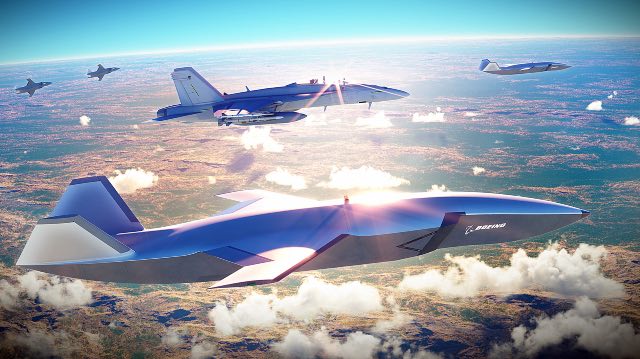 “Over the next 12 months, Boeing Australia will design and test cognitive AI algorithms to enable sensing under anti-access conditions and to navigate and conduct enhanced tactics in denied environments,” says Shane Arnott, director of Phantom Works International.

Australia has a significant role in Boeing’s efforts to develop autonomous combat aircraft. At the Avalon air show in February, it unveiled a mock-up of a new unmanned air vehicle called the Airpower Teaming System (ATS), designed to fly as a loyal wingman alongside fourth- and fifth-generation fighter aircraft, that will be developed in Australia.

With a first flight planned for 2020, Boeing will build three prototypes in Australia. ATS is the first unmanned aircraft to be designed and built by Boeing outside the USA.