Washington think tank Rand has outlined the challenges facing US Air Force (USAF) and defence planners in a series of papers focusing on the future of warfare in the coming decade.

The series of papers, which were sponsored by USAF, points out that the US has a poor record predicting when and where conflicts occur, but it examines key trends behind the full spectrum of potential conflicts. Trends that will have implications for the USAF include China’s rise and militarisation, the reactions of Asia-Pacific governments to this rise, Russia’s re-emergence as a strategic rival, the potential for upheaval in Europe, and turmoil in the Islamic world.

Potential conflicts could range from “grey zone” operations in the cyber realm, to continued conflict in the Middle East, and to a high-end war with China or Russia.

“On a strategic level, the joint force will need to be able to adapt to changing environments more quickly and to shift assets more readily across theaters and problem sets in response to adversaries’ actions,” says Rand.

“Operationally and tactically, the joint force will need to be able to shift focus across the range of conflict and adapt to new technologies, including those that can credibly threaten areas where the United States has enjoyed virtual supremacy, such as the air and space domains.”

It also warns that the USA’s qualitative and quantitative edge is diminishing against rivals, particularly China. To deal with this, USAF requires continued investments in precision, information, and automation, in addition to a forward presence and improved agility.

Moreover, a high-end conflict with China, which would focus on the maritime realm, would differ from a land-based conflict with Russia. Still, there would be similarities. 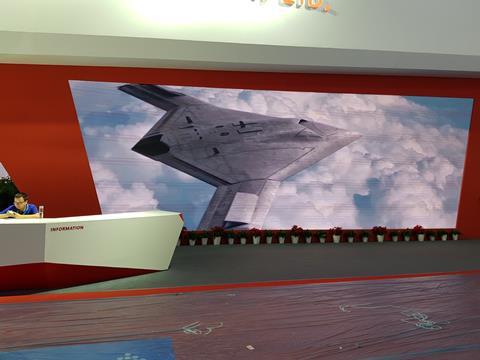 The AVIC stand at Airshow China in Zhuhai in 2018. Rand warns that Beijing is closing the qualitative gap with the USAF.

“Although neither China nor Russia fully replicates the capabilities of the US military, both will likely have homefield advantage, localised numerical superiority, and a nearing qualitative edge — complete with sophisticated weapon systems, such as advanced air defense systems, extensive offensive and defensive space and cyber capabilities, and the ability to wage a tactical nuclear war.”

In addition, second-tier rivals such as Iran and North Korea are investing in anti-access/area denial capabilities, which will force the USAF to operate from greater ranges. Another complication is climate change, with rising seas and rising temperatures potentially reducing USAF basing options.

“Although no one can be certain just how AI will shape the conduct of warfare, it is certain that it will have a profound effect — from speeding up the pace of the targeting cycles to changing the very nature of when and how wars are fought in the first place.”