Beijing continues to make strides in developing modern airpower capabilities across the full spectrum of platforms, from strategic bombers to armed UAVs.

In its most recent report to Congress, the US Department of Defense notes progress with fighters such as the Chengdu J-20 and AVIC FC-31, the Xian H-6K bomber, the development stealth bomber to be designated H-20, and well as the greater integration of special mission aircraft. In addition, combat training in China is becoming more realistic.

A Chengdu J-10B fighter at Airshow China 2016 in Zhuhai 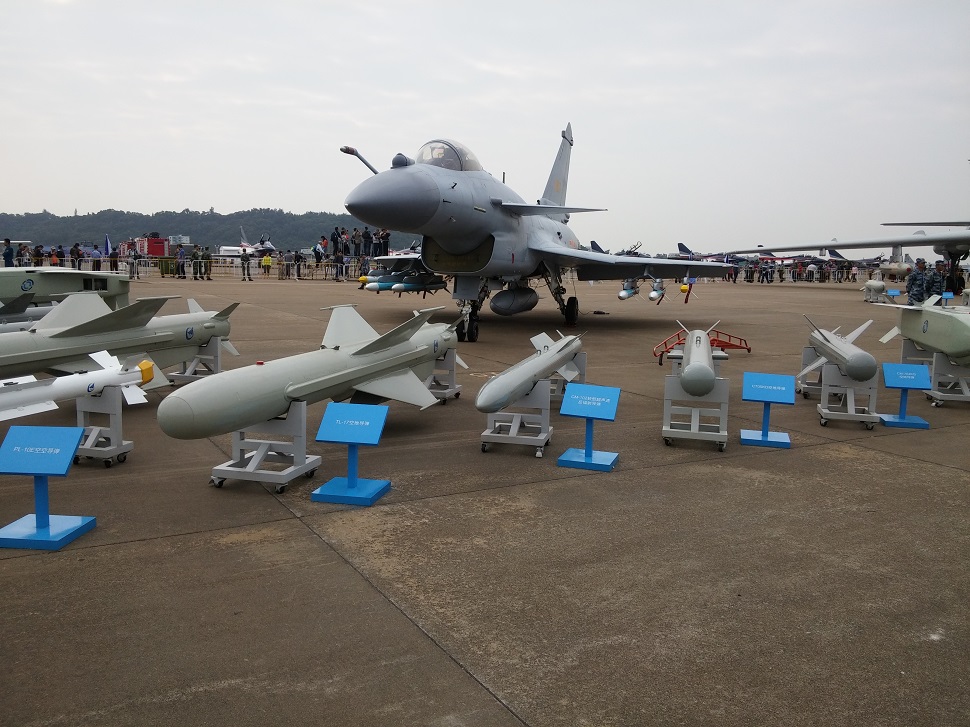 The annual report, which broadly reflects the themes of previous issues, notes that China possesses the world’s third largest air force with over 2,700 aircraft - not including trainers or UAVs - of which about 2,000 are combat assets.

“The [People's Liberation Army Air Force] continues to modernize and is rapidly closing the gap with Western air forces across a broad spectrum of capabilities,” says the report. “This trend is gradually eroding US longstanding, significant technical advantages against China in the air domain.”

The Pentagon believes the J-20 has likely entered active service, but possibly with a test and training unit. On the FC-31, it notes that production could begin this year. For both types, however, the report notes that China is having difficulties with engines and radars.

The report also warns of a new solid-fuel ramjet engine that will power an air-to-air missile with a 300km range and Mach 5 speed performance.

On the bomber front, an air-to-air refuelling capability could be added to “at least some” H-6 bombers, which would extend their range and loiter time.

The new H-20 stealth bomber is likely to debut “in the next decade” incorporating stealthy design, fifth-generation technologies, a payload of “at least 10 metric tons.” The aircraft will have a range of at least 8,500nm, be capable of air-to-air refuelling, and carry both nuclear and conventional weapons.

“The service is also integrating airborne early warning and control aircraft – such as KJ-2000 MAINRING, KJ-200 MOTH, and KJ-500 – amplifying PLAAF capabilities to detect, track, and target threats in varying conditions, in larger volumes, and at greater distances. These aircraft help to extend the range of China’s integrated air defense system (IADS) network.”

The report notes that Peoples’ Liberation Army Navy (PLAN) is making strides developing a fleet of aircraft carriers. It expects that China’s second carrier to be commissioned this year, and the third carrier is likely to enter service in 2022. 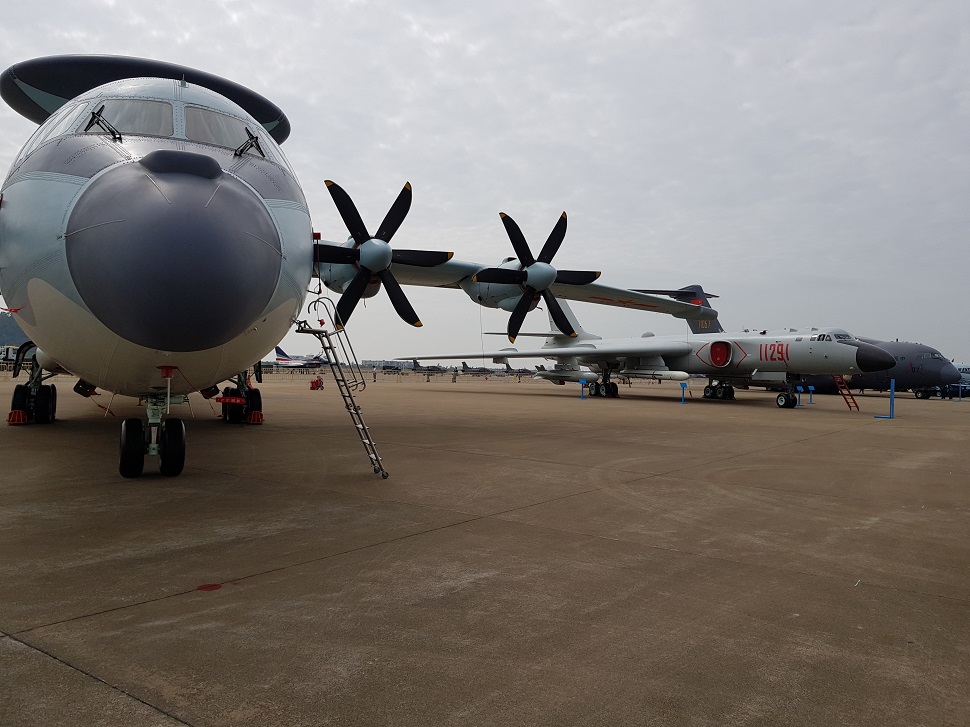 “China’s next generation of carriers, including one that began construction in 2018, will have greater endurance and a catapult launch system capable of launching various types of fixed-wing aircraft, including early warning and antisubmarine warfare (ASW) aircraft,” says the report. “These improvements would increase the striking power of a potential carrier battle group when deployed to areas beyond China’s immediate periphery.”

Meanwhile, the PLAN continues to learn about carrier operations through its only operational flat top vessel, the Liaoning.

Although China’s military has several areas of focus, it’s primary contingency for mission planning is the island of Taiwan, which Beijing views as a breakaway province. Options for a Taiwan campaign range from an air and sea blockade to a full-scale invasion. Consistent with this, it has based significant numbers of aircraft near Taiwan, allowing them to operate over the island without requiring air-to-air refuelling.

While it notes that the USA continues to provide logistical support for Taiwan’s fleet of Lockheed Martin F-16s, C-130s, Northrop F-5s and the AIDC Indigenous Defense Fighter, it makes no mention of Taiwan’s desire of obtaining new build F-16Vs.

The report, however, indicates that a full-scale invasion of Taiwan would place great strain on China’s military.

“Large-scale amphibious invasion is one of the most complicated and difficult military operations. Success depends upon air and maritime superiority, the rapid buildup and sustainment of supplies onshore, and uninterrupted support.”