Pilots of a future sixth-generation fighter could have help making tactical decisions.

Collins Aerospace at the 2022 Air & Space Forces Association (AFA) conference showed off its concept for algorithmic software called Operational Reasoner that is meant to help future pilots and commanders asses risks and probability of mission successes.

“It will do the calculations in the background, through several algorithms, to tell you how successful you should be when you go and execute a mission,” says Britt Hurst, who works on advanced fighter avionics at Collins. 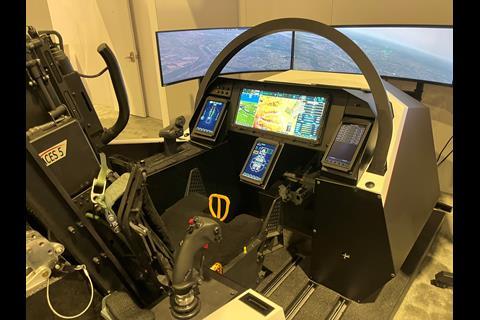 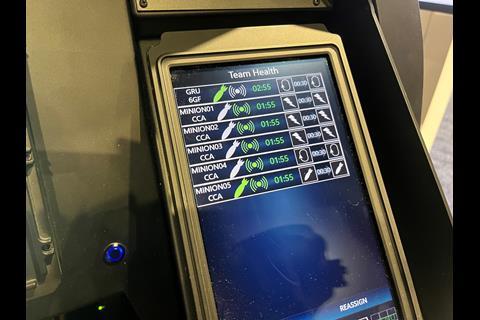 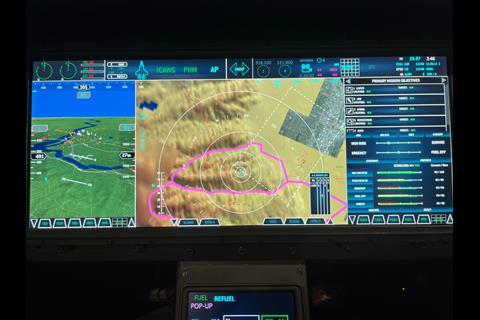 The software allows operators to adjust – by moving sliders – parameters like aircraft survival, mission criticality and availability of refuelling support. The system then estimates the likelihood of mission success.

“You may be told from… headquarters that this is a high-risk mission, so survivability is less important to them,” says Hurst. “That will adjust your overall expectation of success, because you’ve made an input”.

Operational Reasoner can incorporate data from uncrewed aircraft assigned to support missions. Factors like the weapons and sensors carried by those supporting platforms factor into the software’s calculations.

It can also automatically adjust tasks given to those aircraft to account for combat damage or onboard system failures.

Although few details are publicly available regarding the US Air Force’s secretive Next-Generation Air Dominance (NGAD) sixth-generation aircraft programme, service officials have said it will likely be a “family of systems” teamed together, rather than a single fighter.

Speaking at the AFA conference outside of Washington on 19 September, Secretary of the Air Force Frank Kendall said the service has moved beyond the conceptual phase of NGAD.

“We are working on the actual design of the aircraft we intend to produce,” Kendall says.