US military scientists have water on the brain.

Specifically, landing a large cargo transport aircraft in an aquatic environment. On 18 May, the US Defense Advanced Research Projects Agency (DARPA) announced it is launching a project to design a heavy-lift aircraft capable of landing and taking off without a land- or ship-based runway. 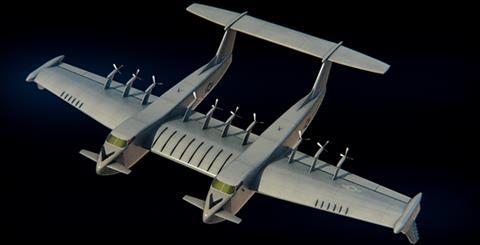 DARPA’s Liberty Lifter concept aims to combine fast and flexible strategic lift of very large, heavy loads with the ability to take-off and land in water

The project, dubbed “Liberty Lifter”, envisions an airframe combining the ability to carry large, heavy loads with ability to take-off and land from water. Such a design could enable highly controlled flight close to turbulent water surfaces and sustained flight at mid-altitudes.

DARPA hopes Liberty Lifter will demonstrate “a leap in operational logistics capabilities”, it says. That goal aligns with the agency’s history of pursuing radical technologies that can reshape military operations in unforeseen ways.

Essentially an internal technology incubator for the US military, DARPA is credited with contributing to the invention of the internet and technology behind the Global Positioning System. It also developed the first radar-evading stealth aircraft.

The impetus for the Liberty Lifter project is the perceived vulnerability of conventional heavy-lift platforms, both air and maritime. 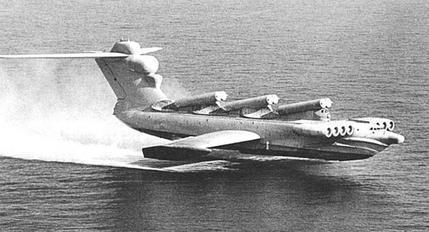 “Although current sealift is very efficient in transporting large amounts of payload, it is vulnerable to threats, requires functional ports and results in long transit times,” DARPA notes. “Traditional airlift is much faster, but has limited ability to support maritime operations.”

The agency adds that heavy-lift aircraft come with payload limitations and often require long runways. The Liberty Lifter would theoretically circumvent those constraints by using something called ground-effect.

Aircraft wings are more efficient at generating lift while flying very close to the Earth’s surface. Flying just above the runway during take-off allows a heavily laden transport to achieve lift at a lower speed than would normally be required. Using that cushion or “float”, aircraft can then accelerate to climbing speeds.

This can require a large distance to achieve, which is why the Liberty Lifter would be a seaplane. The US Air Force’s Lockheed Martin LC-130 polar transports, which use wheeled skis to take-off and land on snow fields, also make use of ground lift.

Although DARPA says the ground-lift seaplane concept could “revolutionise” heavy lift, the agency notes it is not the first to develop the idea. The Soviet Union’s “ekranoplans” also operated on the same principle.

The MD-160 Lun used eight Kuznetsov NK-87 turbofan engines and was equipped with six externally mounted missile launchers for anti-surface warfare. A single MD-160 was built in the 1980s and assigned to duty on the Caspian Sea. It fell into disrepair and was abandoned after the collapse of the Soviet Union.

DARPA has a mixed view of the Lun, arguing that although the design was high-speed and runway-independent, it was restricted to calm waters and had limited manoeuvrability.

The Liberty Lifter project aims to engineer around those limitations, producing an airframe that can maintain operations in rough seas, while also achieving sustained flight at an altitude of 10,000ft.