Placed as a five-year deal and announced by the company on 22 June, the contract contains an option to double the arrangement’s duration. 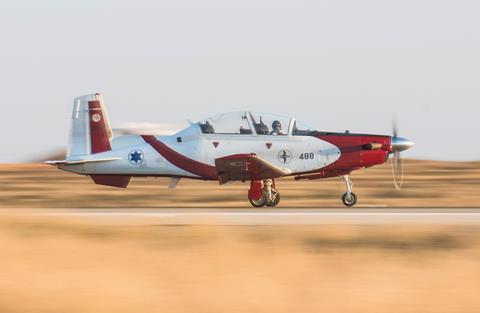 Cirium fleets data shows that the Israeli air force employs 20 of the turboprop-powered T-6A, named “Efroni” in its service. Its youngest example has been in use for almost eight years.

Elbit attributes the business to its successful delivery of an initial decade of support for the type, during which it says it met the air force’s “standards of service, availability and flight safety”.

“We believe that our proven experience and strong reputation in this area position us well to cater to the needs of additional air forces as they increasingly seek to improve the effectiveness and efficiency of training operations,” says Yoram Shmuely, general manager of Elbit’s aerospace division.