Canada's options for a new fighter have narrowed to three, with the formal withdrawal of the Eurofighter Typhoon from the competition.

In a statement on 30 August, the UK Ministry of Defence (MoD) and Airbus Defence & Space announced that the Typhoon would not compete for the 88-fighter deal. This whittles contestants down to just three: the Boeing F/A-18E/F Super Hornet, Lockheed Martin F-35A and the Saab Gripen.

Saab, in response to a query from FlightGlobal, states that it is still analysing the 23 July request for proposals (RFP). 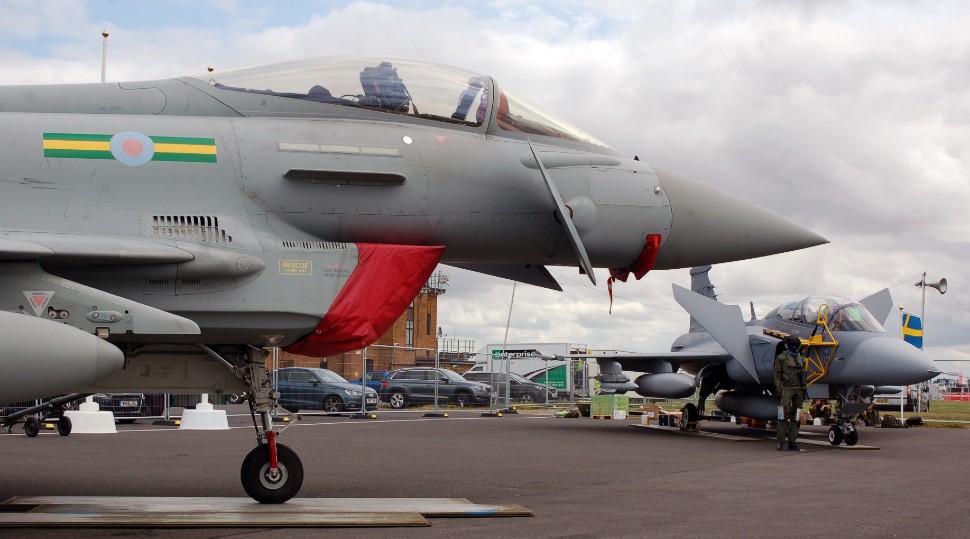 In a joint statement, the MoD and Airbus laud the "transparency" and "professional nature of the competition".

However, two key factors ruled out further participation, the partners indicate: compliance with US-Canadian security agreements would add too great a cost to aircraft whose manufacturing and supply bases reside outside North America; and the industrial offset element in the RFP poorly valued the package on offer with the Typhoon.

The departure of a second contender followed the withdrawal of the Dassault Rafale, which was not listed as a potential supplier in the July RFP.

The Typhoon's exit is not the first indication of difficulties over the procurement. Shortly before the RFP was issued, Boeing was forced to deny that it was pulling the F/A-18E/F from the contest amid concerns – apparently shared by Airbus – that the competition would unfairly favour the F-35A.

Lockheed has also argued that it cannot provide offsets because Canadian companies have already received over $1 billion in contracts. Despite being a member of the Joint Strike Fighter programme with initial plans to buy 65 F-35s, Ottawa has dithered about the acquisition over the past decade.

A contract award is expected in early 2022, with the first aircraft delivery "as early as 2025".

Ottawa had wanted to buy 18 Super Hornets to fill a capability gap, but this possibility collapsed amid a 2017 trade dispute with the USA initiated by Boeing against the then Bombardier CSeries programme, which has subsequently become the Airbus A220.

Instead, Canada entered a deal with Australia to buy up to 25 surplus F/A-18A/B "Classic" Hornets. The move is intended to temporarily shore up its ageing fleet of 85 CF-18 fighters.