India's foreign ministry has confirmed that one of its air force's Mikoyan MiG-21 fighters has been shot down amid escalating tensions with its neighbour, Pakistan.

In a televised statement, a foreign ministry official said Pakistan had launched an incursion into Indian airspace "targeting military installations" in the disputed region of Kashmir on 27 February. 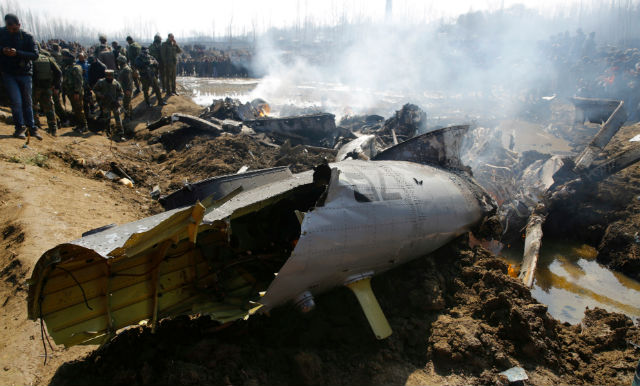 "But due to our high state of readiness and alertness, Pakistan's attempts were foiled successfully. The Pakistan air force was detected and the Indian air force responded immediately."

During the aerial engagement that followed, one aircraft from each side was shot down, the official says.

"The Pakistani aircraft was seen by ground forces falling from the sky on the Pakistan side [of the border]," he says.

Pakistan claims to have captured the Indian pilot – identified on social media as Wing Commander Abhi Nandan – and to have also shot down another aircraft.

New Delhi is "still ascertaining the facts" in the case, the foreign ministry official says.

Islamabad's action was a retaliation for air strikes conducted the previous day by India against alleged militant training camps on the Pakistani side of the border.