Kuala Lumpur is studying options for replacing its Sukhoi Su-30MKM fighters, but its poor acquisition record suggests a long process.

Media reports from Malaysia quote defence minister Mohamad Sabu as saying that studies about new jets are underway, with an eye to replace the jets with new aircraft from Russia - he did not mention specific types.

He stressed, however, that cost is a key consideration. Prime minister Mahathir Mohamad was also quoted recently as saying that Malaysia needs to be mindful of its budget when considering new combat aircraft. 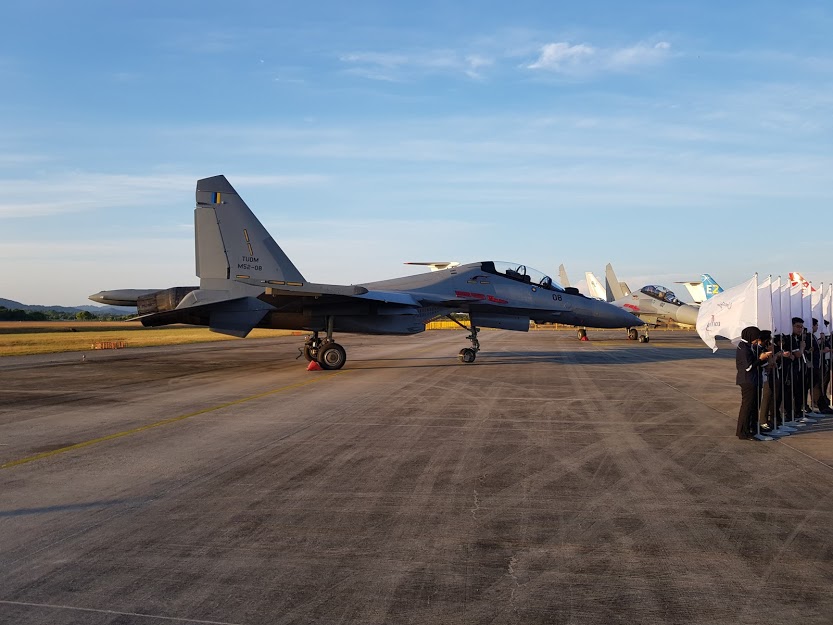 The Su-30MKM forms the core of the Royal Malaysian Air Force. Cirium fleets data shows that it operates 18 examples with an average age of 11.3 years.

While Malaysia’s Su-30MKM fleet is relatively young, there are questions about its sustainment. In August 2017 Sabu told Malaysia’s parliament that just four of 18 aircraft were in flying condition.

In March 2019, however, several aircraft appeared in the flying display at the Langkawi International Maritime and Aerospace (LIMA) show in Langkawi.

KL’s plans for fixed wing combat aircraft have been moribund for years. Its multi-role combat aircraft (MRCA) programme to replace its former fleet of 13 RAC MiG-29s has gone nowhere. This despite attracting interest from Boeing, Saab, Dassault, and Eurofighter.

Earlier this year KL issued a request for information for a Light Combat Aircraft (LCA). This requirement attracted interest from a diverse group of manufacturers including Hindustan Aeronautics with the Tejas, Korea Aerospace Industries (FA-50), Yakovlev (Yak-130), and the Chengdu/Pakistan Aeronautical Complex (JF-17). BAE Systems has also put forward the idea of upgrading the RMAF’s 13 single-seat Hawk Mk 208s, which serve in the ground attack role.

Apart from fighters, other pressing requirements are also on the backburner. Former prime minister Najib Razak allocated funding for a maritime patrol aircraft (MPA) programme, which allowed the air force to conduct assessments and evaluation. In 2018 this was cancelled following Mahathir’s election.