Leonardo is hopeful that Italy can join the UK's Tempest sixth-generation fighter programme, building on the involvement of its defence electronics division in the effort.

Although the company is headquartered in Rome, it has a large presence in the UK, including the former Selex operation.

Norman Bone, managing director of Leonardo's electronics division, said during a financial results briefing on 14 March: "We are very clear as a company that it would be our preference for a collaboration that included Italy in the long term on Tempest."

The Rome-based group's senior executive team is making efforts "to help position [Leonardo] so that Italy could become a partner" in the project, which is intended to replace the Eurofighter Typhoon in the long term, Bone says – adding: "That’s a strong preference."

Leonardo is a partner in the Eurofighter consortium, producing around 20% of each aircraft – principally the port-side wing – and performing final assembly on those for the Italian air force and some export customers.

At the 2018 Farnborough air show, the UK government revealed plans for the Tempest project as part of the country's future combat air strategy.

A concept for the aircraft was developed through a collaboration named "Team Tempest", which includes Leonardo alongside BAE Systems and Rolls-Royce – as respective airframe and engine suppliers – MBDA and the Royal Air Force's Rapid Capabilities Office. 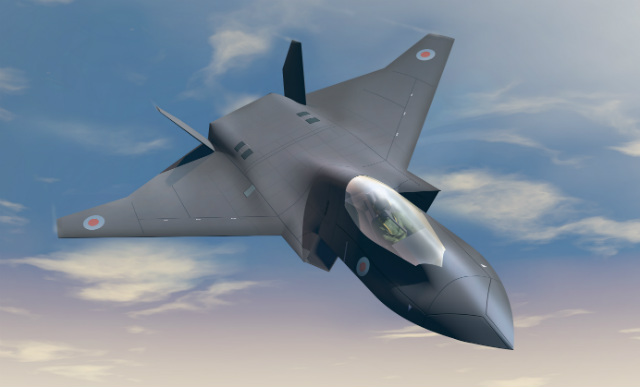 Saab has also recently indicated an interest in joining the programme.

Lucio Valerio Cioffi, managing director of Leonardo’s aircraft division, notes that the manufacturer's primary objective is to play a part in the development of a sixth-generation fighter under "the new European defence concept".

But he says: "We have a lot of commonalities with the UK initiative, also in terms of [existing] platforms on the table."

In Bone's view, there is "no closer relationship" among European air forces than between the RAF and Italian service.

As both nations operate or have employed the Panavia Tornado, Eurofighter Typhoon, Lockheed Martin F-35 and versions of General Atomics' Predator-series remotely piloted aircraft, Bone says the Italian air force and RAF are "strongly aligned in how they envisage future [air] combat".

For the technical support of their Eurofighter fleets, the two countries co-operate in a "very integrated manner" and have "mutual dependency on each other", he says.

France, Germany and Spain are jointly pursuing a separate project to develop a next-generation fighter for their air forces.