Weapons integration activities on the Lockheed Martin F-35B are to be expanded for the UK, with the pending addition of MBDA's Meteor beyond-visual-range air-to-air missile and in-development Spear ground-attack system.

Announced on 18 March and placed by Lockheed as "an initial funding award", the integration activity will be conducted by a team including the airframer and European guided weapons specialist, along with BAE Systems. 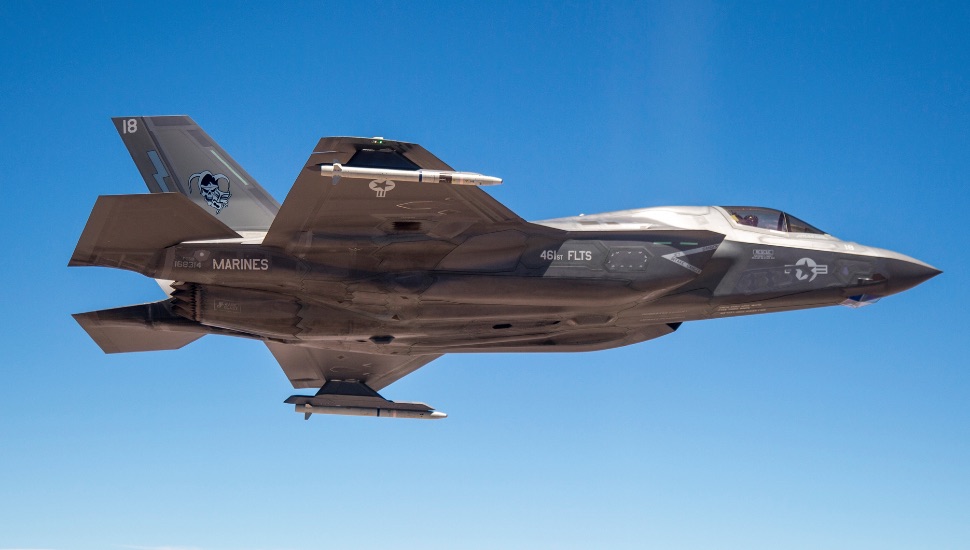 Stealthy type has already been flown with ASRAAM missiles

Cliff Waldwyn, MBDA's head of combat air, group business development, notes that in addition to boosting the capabilities of the UK's Lightning force, the future availability of the Meteor and Spear weapons with the US-built platform also represent "a positive step for the wider F-35 enterprise, as it adds additional capability choice for international customers".

Both weapons will be cleared for carriage by the stealthy type as part of a Block 4 package of capability updates, with in-service dates to be defined in co-ordination with the US F-35 Joint Programme Office and UK Ministry of Defence.

The product of a six-nation development activity led by the UK, the ramjet motor-equipped Meteor is already in operational service with Swedish air force Saab Gripens and Royal Air Force Eurofighter Typhoons, and will be introduced to use with France's Dassault Rafales from later this year. Other partner nations are Germany, Italy and Spain.

The subject of a £400 million ($525 million) development programme launched in 2016, Spear will equip both the F-35B and Typhoon for the UK, with the types capable of carrying eight and 12 of the weapons, which weigh less than 100kg (227lb). With a turbojet engine and multimode seeker, Spear will offer a range performance greater than 75nm (140km).