A Grob G115E Tutor T1 (G-BYUU) was forced to make an emergency landing in a field after a maintenance error caused its newly installed engine to seize, UK investigators have concluded.

The aircraft, operated by Babcock on behalf of the Royal Air Force, was on a routine test flight on 2 October 2018 following an engine change, when it was forced down near the service's RAF Wittering base in Cambridgeshire.

The UK Air Accidents Investigation Branch (AAIB) says that during the sortie the pilot noticed an uncommanded reduction in engine speed as he returned to Wittering.

Although the engine initially recovered, subsequent losses of power resulted in his making a Mayday call and preparing to land in a field, says the AAIB.

"The engine stopped prior to the landing, which was accomplished without damaging the aircraft," it says. 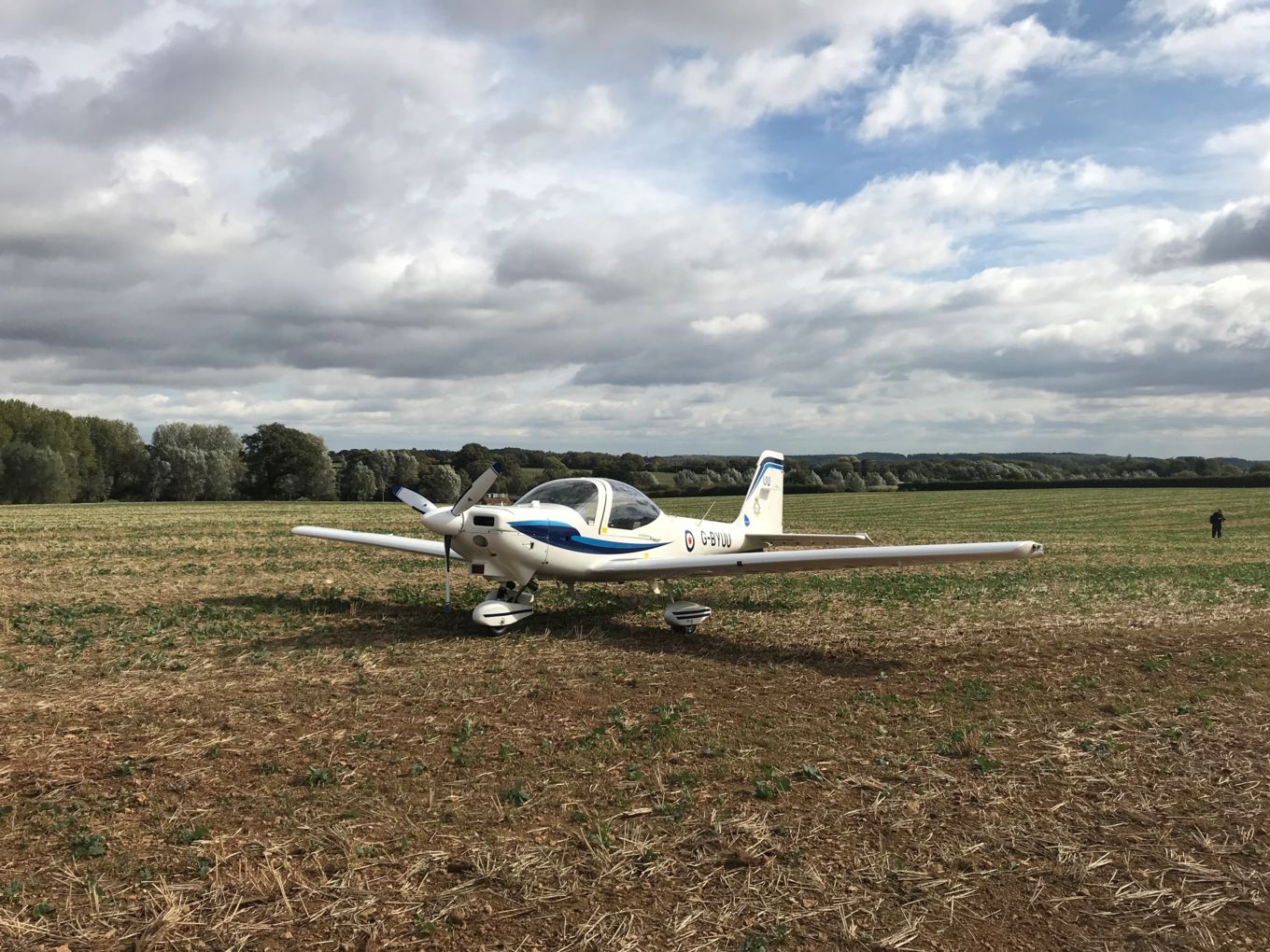 Subsequent examination discovered that the engine oil sump drain cap was missing, which had allowed the oil to escape and caused the engine to seize.

The MRO provider responsible for the aircraft believes the cap, which is not wire-locked in place, was probably incorrectly fitted after the engine installation.

As an interim step, the undisclosed maintenance firm has introduced an independent check to ensure the cap is correctly fitted. It is also working with Grob to introduce a lockable cap in future.