Beijing’s ambitions for a large aircraft carrier have gained more clarity, with the emergence of detailed artist impressions of the Xian KJ-600 airborne early warning & control (AEW&C) aircraft, as well as satellite imagery of a Chinese shipyard.

While the provenance of the impressions are not clear, they are consistent with previous images of the aircraft, which resembles the Northrop Grumman E-2 Hawkeye in service aboard US and French carriers. 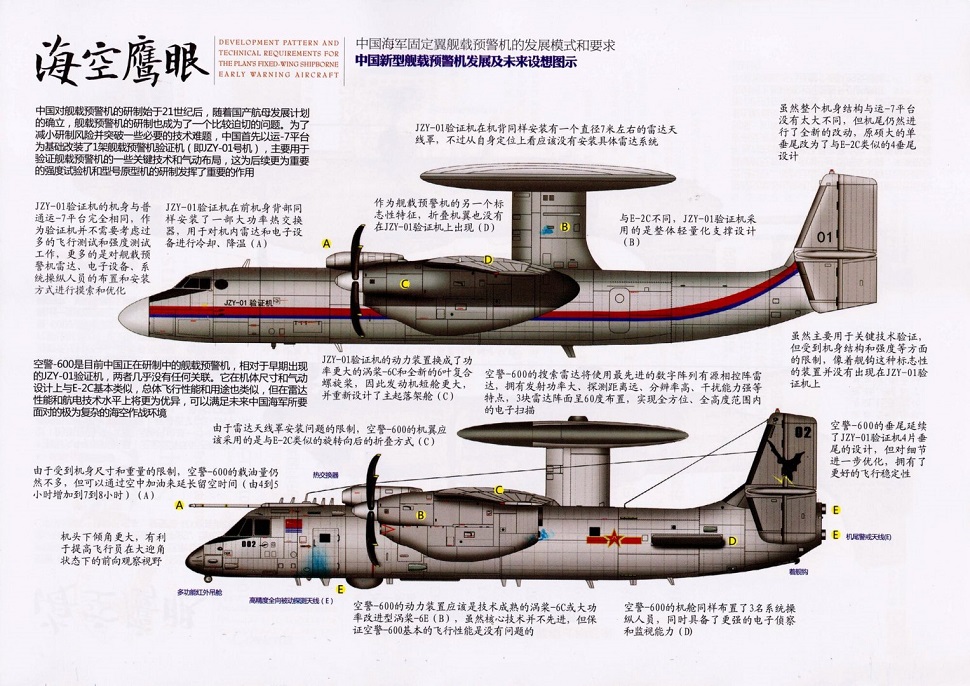 The impressions suggest that the twin-turboprop KJ-600 will also have a carrier on-board delivery (COD) variant similar to the C-2 Greyhound, and an anti-submarine warfare variant.

The main AEW&C variant is notable in that it includes an air-to-air refueling probe. The text suggests that this can increase its endurance from 4-5hrs to 7-8hrs.

The KJ-600 is shown with the larger JZY-01 testbed, which has been used to test what is apparently the aircraft’s CETC KLC-7 radar. A CETC promotional video at Air Show China in November 2018 depicted KLC-7 equipped KJ-600 vectoring fighters against enemy aircraft. 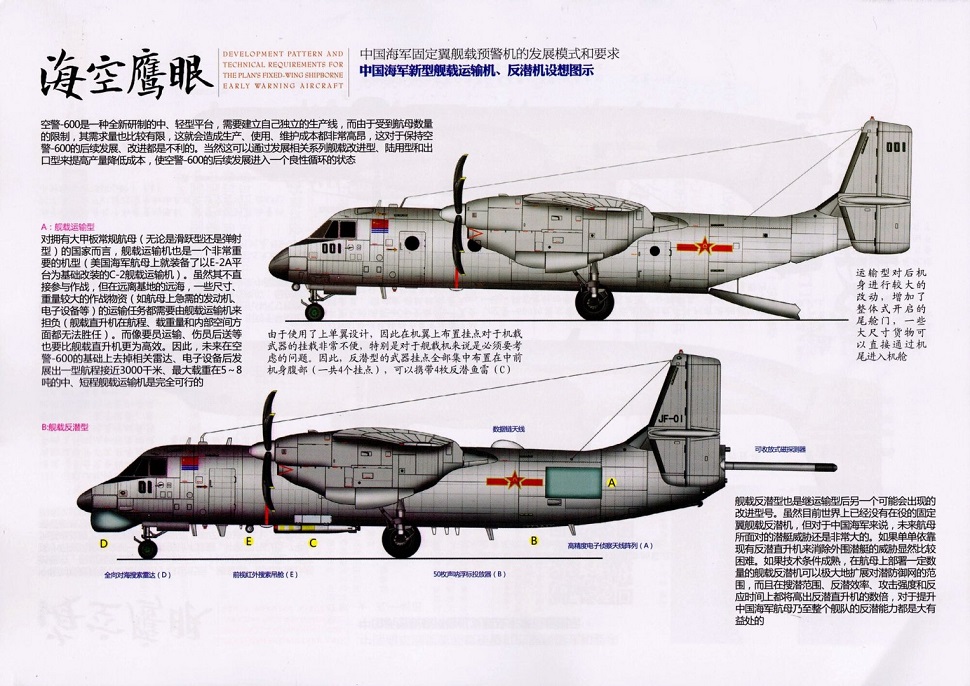 The carrier onboard delivery (top) and anti-submarine warfare (bottom) versions of the KJ-600.

Like the C-2, the KJ-600’s COD variant is equipped with a ramp for loading personnel and equipment. The ASW version features a surface search radar under the chin, torpedoes in a semi-recessed mounting in the aircraft’s belly, synthetic aperture radar, and a magnetic anomaly detector (MAD) boom.

The aircraft are planned for use aboard China’s developmental Type 002 carrier. In April, the Center for Strategic & International Studies (CSIS) posted satellite images of Jiangnan shipyard, where it contends a large aircraft carrier is under construction.

Its estimated displacement will be 80,000-85,000t. By using catapults, as opposed to the ski-jump found on Beijing’s existing pair of carriers, it will be able to launch a broader range of aircraft, including AEW&C types. CSIS projects that it will enter service in 2022.