Moscow has touted the capabilities of its new Beriev A-100 airborne early warning and control (AEW&C) aircraft as being far superior to domestic and international rivals.

The Russian defence ministry made the claim in a recent release about the type’s launch of preliminary flight tests pending acceptance by the country’s military.

“The A-100 was developed in connection with the advent of new classes of targets and the creation of new generation fighter aircraft,” says the defence ministry. “Its capabilities far exceed both domestic and foreign counterparts, including the [Boeing] E-3 aircraft of the US Air Force.” 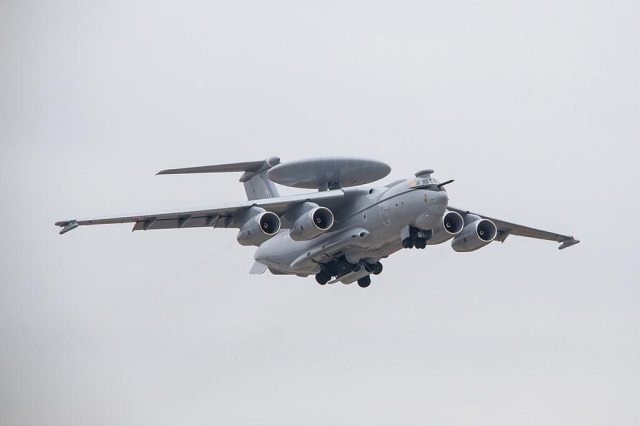 The aircraft, which performed its first flight in late 2017, is equipped with an active electronically scanned array radar produced by Russia’s Vega Radio Engineering Corporation. The type has digital flight controls and uses glass cockpit avionics.

“On board this aircraft are about 20 tons of unique electronic equipment,” says Anatoly Serdyukov, director of Rostec’s aviation cluster.

“The new generation of flying radar combines the most advanced developments in the field of aviation, radar and information technology. Only a few countries in the world produce this kind of aviation equipment, while the level of the newest Russian complex can be considered unsurpassed.”

Flight Fleets Analyzer shows that Russia operates 15 Il-76s in the AEW&C role, with these aged between 26 and 35 years. In late December, the Russian air force took delivery of a first upgraded A-50U.