NATO has started to build a stockpile of common air-to-ground precision guided munitions with the receipt of its first weapons shipment from the USA on 22 August.

The stockpile is meant to allow European NATO members to draw upon each other’s precision guided munitions in case of need, such as during joint air operations or in reaction to a crisis. The store is intended to reduce dependence on the USA’s munitions for air-to-ground strike missions, a dependency which was exposed during the Libya Operation when some allies ran out of munitions and found it difficult to use those of other air forces.

“We realised that we needed a new, flexible approach to the provision of air-to-ground precision-guided munitions,” says Rose Gottemoeller, NATO deputy secretary general. 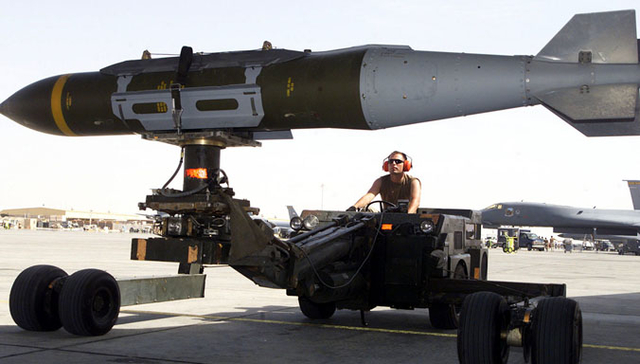 The project is being run by the NATO Support and Procurement Agency (NSPA), which acquired air-to-ground munitions for 11 NATO member states: Belgium, the Czech Republic, Denmark, Greece, Hungary, the Netherlands, Norway, Poland, Portugal, Spain, and the United Kingdom. NATO partner Finland is also a participant.

The initial lot of $20 million worth of precision guided munitions will be delivered to their final recipients, Belgium and Denmark, in the coming weeks, says the alliance.

Following the first delivery, the second and third rounds of acquisition for precision-guided munitions are already underway. In 2016, the US State Department approved a possible Foreign Military Sale worth $231 million to NSPA for precision guided munitions, equipment, and support.

NATO says it has started to build similar frameworks for the acquisition of land and maritime munitions.