Boeing is promoting its T-X advanced jet trainer system with a full-size mock-up in a pavilion near the static park, highlighting its big ambitions for the single-engined type.

Boeing executives have said that the potential market for the T-X, which last year won the pivotal competition to replace the USAF’s iconic Northrop T-38 Trainer, is global.

Boeing vice-president Thom Breckenridge reiterated the view held by Boeing and programme partner Saab that the T-X could sell up to 2,600 units over its lifetime. This includes 1,000 examples for the US military, with the balance expected from foreign air forces. 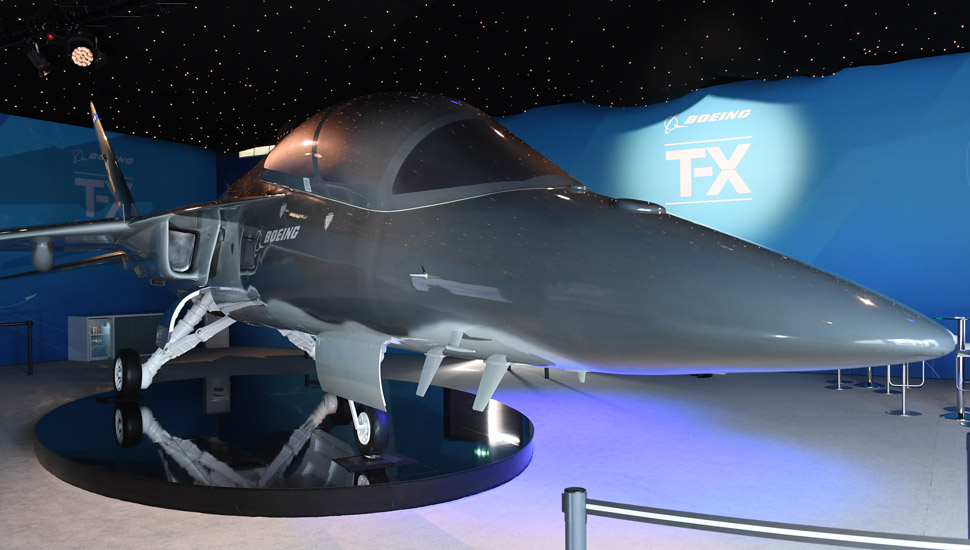 “We're absolutely focused on the USAF customer,” says Breckenridge. “That's our first and foremost priority. At the same time we are out discussing this brand new capability. We've got a lot of international interest, and that is reflective of having the full scale model at Paris this week."

"We've already had a number of conversations, and we expect to have a number more," he adds. "People see the benefits and want to have this conversation.”

Breckinridge did not name specific prospects, but said interest is widespread and international. Breckenridge was in Australia during February’s Avalon air show to discuss the T-X, though there no formal requirement for the type there.

As for the 2,600 unit figure, Breckenridge says the T-X offers development potential that would allow it to perform other missions beyond its advanced jet trainer beginnings. Boeing does not have a timeframe for sales, but notes that the retirement of various types in coming years could offer opportunities.

Asked about the possible addition of a hose-and-drogue refuelling probe – the T-X is equipped with a receiver for taking fuel from a boom, although this was not part of the USAF’s requirement – Breckenridge says such a modification is just one of “a number of other possibilities” for the T-X.

“Some estimates today suggest one in four modern fighter jets is being used by air forces around the world to do pilot training, instead of their primary mission,” Breckinridge adds. “What we're able to do with T-X is address that need. It gives pilots the opportunity to fly in a very advanced aircraft, the most modern fighter-type aircraft, not having to use modern jets for training. That's an important part of what this is all about.”