The DGA’s Essais en vol organisation – more commonly known by its previous acronym the CEV – is at the show marking the 75th anniversary of its establishment, and has a specially-liveried “connected” Dassault Mirage 2000D in its static exhibit. 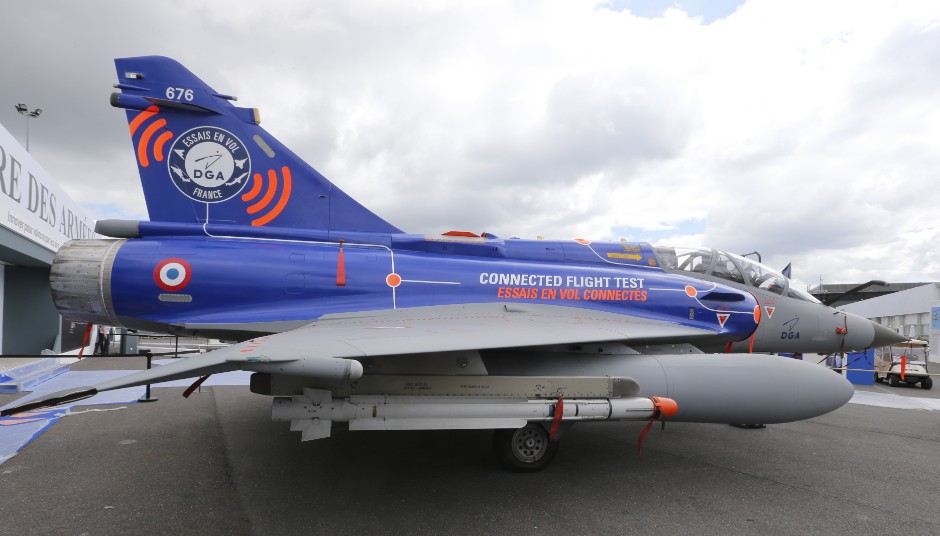 With 910 personnel split evenly between facilities at Cazaux and Istres air bases, the flight-testing organisation trials new aircraft, helicopters and unmanned air systems, as well as with key equipment such as radar, optical sensors and electronic warfare suites, and also conducts firing trials with new armaments.

“We know that there are plenty of aeronautical programmes in front of us – the [Airbus/Dassault] Future Combat Air System will be one of the key activities, along with the [supporting] system of systems,” Badrinath says.

Other activities will include preparing the Airbus Helicopters H160M Guepard utility helicopter for delivery to the French air force, army and navy by 2026 via the nation’s HIL procurement programme.

The DGA is at the start of a transformation process initiated by defence minister Florence Parly, which Badrinath says is intended to make the organisation “more efficient, and capable of supporting faster delivery.”

Plans call for the flight-test organisation’s work to be more closely linked to the armed forces, for example by networking simulators and airborne test assets.

“From now on, air testing means we are going to be much more connected,” Badrinath says.

This process will include linking assets such as the Mirage 2000D with other airborne assets, along with simulated entities. The DGA also is working to network its simulator centres in support of such a transition, which should also bring in land and maritime forces at a much earlier stage than currently seen.

Badrinath describes the new operating model as “a rich operational scenario, where we can really test the new equipment”.

A combined test team will be established in Istres to support the H160M’s service preparations. A new accord covering the joint framework will be finalised at the show on Tuesday, with the navy the last service to sign protocols linked to the initiative, which also covers topics such as establishing the requirements for achieving initial and full operational capability.

Meanwhile, the flight-test organisation is edging closer to acquiring a variety of new fixed- and rotary-wing aircraft to support its work, with France’s EPNER test pilot school also to have access to these future assets.