Lockheed Martin is enjoying a busy show, thanks to an upturn in defence spending among European nations and increased interest in products including the F-16 and F-35 fighters, C-130J tactical transport and PAC-3 air-defence missiles.

“Four years ago, we had very little work in Europe in our [long-range] plan,” says Lockheed Martin International executive vice-president Rick Edwards. “Now, Europe’s our fastest growing market, and countries that we didn’t think we’d be doing much work in – Poland, Slovakia, Bulgaria – are all key markets where there’s a lot going on. 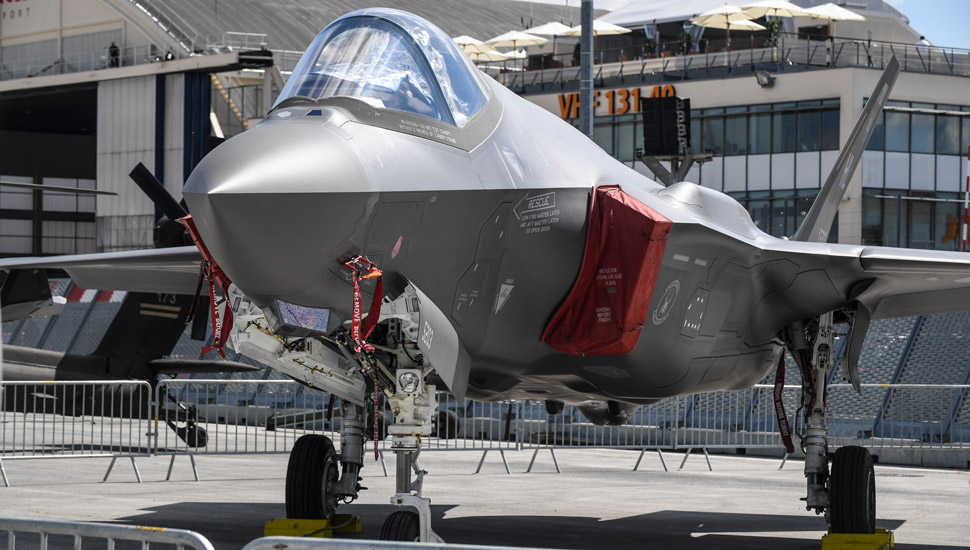 “The neighbourhood is changing, there are threats there, and central and eastern Europe are taking the [NATO] 2% [of GDP spending] mandate seriously,” Edwards says. “Everybody is growing, but they are really growing at a very high rate.”

Slovakia recently announced an order for 14 F-16 Block 70 fighters, while Warsaw intends to buy 32 conventional take-off and landing F-35As via an accelerated procurement. Lockheed intends to have a letter of acceptance process completed with the nation by 1 September, to coincide with a planned visit to Poland by US President Donald Trump, Edwards says.

Poland wants to receive its fifth-generation fighters from as soon as 2022, but Edwards says that with related pilot and maintainer training and infrastructure work required, “it’s a lot more than just getting them the aircraft.”

Lockheed and the US F-35 Joint Program Office recently reached a so-called “handshake agreement” for a three-year production run of 478 aircraft, which will ensure the A-model’s unit cost drops below a key pricing target.

Pointing to the price of rival combat aircraft, Edwards notes: “I’ll contend that $80 million is a great deal for a fifth-generation capability that is really unsurpassed. Bringing that price down where it’s at parity or better than a fourth-generation [fighter] just makes the plane even more attractive to potential customers.”

Edwards also says that despite a diplomatic spat between Washington DC and Ankara, which is preventing deliveries of the F-35 to Turkey, “we haven’t stopped working with the suppliers – we still have numerous Turkish subcontractors producing and delivering parts".

"Historically, we have had an outstanding relationship with Turkish industry, with competitive, high-quality work,” he adds.

European interest in the C-130J is also on the up, Lockheed says. The manufacturer is showing the airlifter and its LM-100J civilian version at the show. “Both the French and the German customers are very happy with the capability that we’ve given them – we were able to respond to their requirements quickly,” Edwards notes. “If Germany and France decide that they need more to fill their capabilities, then we’ll be more than happy to compete and support them.”