Guided weapons specialist MBDA has unveiled a broad range of air-launched weapons concepts that could equip a future class of combat aircraft being studied by France and Germany, and also the UK.

Displayed at the European company’s outdoor exhibit, the products range in size from a lightweight glide weapon to a supersonic cruise missile, and span strike weapons to so-called “effectors”, which would be suitable for tasks potentially including electronic attack. 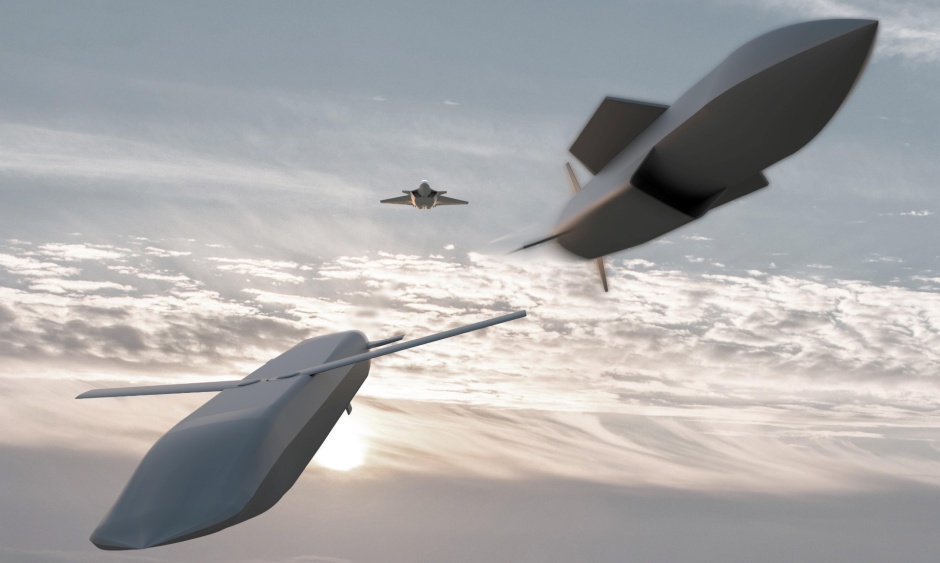 Pointing to the proliferation of advanced anti-aircraft systems around the globe, MBDA says air forces will need to operate from extended range in the future to keep their fighters out of harm’s way.

“Air superiority everywhere, every mission will be very difficult,” the company says, referring to the emergence of so-called anti-access or area-denial conditions in some regions of the world. “The goal is to be quicker than the enemy through the whole kill-chain – it will be more of a battle of networks tomorrow.”

Influenced by French requirements, the company’s Smart Glider product is being offered for future integration with the nation’s Dassault Mirage 2000 and/or Rafale combat aircraft, and a successor Franco-German Future Combat Air System (FCAS). A powered version of the wingkit-equipped weapon, named the Smart Cruiser, is also being proposed.

Advanced tactical networks and artificial intelligence would enable a swarm of such weapons to co-ordinate their own activities, MBDA says.

So-called remote carriers could be employed to carry a variety of sensors and effectors, which could be deployed ahead of a combat formation to confuse or attack enemy air defences. MBDA is showing two versions, weighing 150kg (330lb) and 250kg, and says such products could also be deployed from the cargo ramp of a transport aircraft or launched from surface ships.

At the upper end of the range, the company is showing models of subsonic and supersonic cruise missiles, which could follow its current Storm Shadow/SCALP-EG and ASMP-A products. In addition to targeting fixed infrastructure, a supersonic design could be employed against maritime vessels and airborne early warning and control system aircraft, MBDA says.

The company also is proposing the development of a short-range, “hard-kill” weapon that would engage incoming missiles. This would act as an “ultimate shield”, in addition to traditional countermeasures such as chaff and flare dispensers, decoys and jammers. The highly manoeuvrable defensive missile would be less than 1m (3.2ft) long and weigh under 10kg.

MBDA stresses that the models on show are not operationally-representative, but have been influenced by the future requirements and technical roadmaps of home nations Germany, Italy, Spain and the UK.

During the show, MBDA will announce an agreement with FCAS partners Airbus Defence & Space and Dassault regarding the development of armaments for such a product. Reflecting its multinational nature, with Airbus, BAE Systems and Leonardo as shareholders, the company also is part of the UK’s Team Tempest grouping.

“We are ready to take on the challenge to deliver to our domestic nations the full sovereignty of their future air combat systems, by taking part in the definition and development of the armaments that these systems will operate,” says chief Eric Beranger. This will “ensure European nations can sustain their air superiority in the long term", he adds.