A first QRA mission with the new weapon was conducted from RAF Lossiemouth in Scotland on 10 December, the MoD says. "The introduction of Meteor brings a new and innovative long-range capability, and further enhances Typhoon's already potent arsenal," it notes. 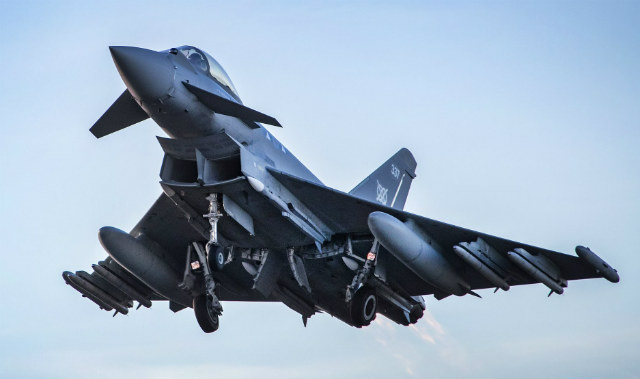 Air Chief Marshal Sir Stephen Hillier, chief of the air staff, describes the new weapon's introduction as "another huge leap forward in capability for the Typhoon force". The RAF remains on track to declare a wider package of updates for the type operational by March 2019 via its Project Centurion activity, which includes MBDA's Brimstone air-to-surface missile and Storm Shadow stand-off-range cruise missile.

RAF Typhoons have previously been equipped with Raytheon's AIM-120 AMRAAM and MBDA's short-range ASRAAM missiles in the air defence role.

MBDA developed the ramjet motor-powered Meteor under a UK-led programme in partnership with the defence ministries of France, Germany, Italy, Spain and Sweden. In addition to arming the Eurofighter, it is also fielded with the Swedish air force's Saab Gripen fleet, and has been cleared on the Dassault Rafale as part of a future F3R operating standard upgrade for the French air force and navy.