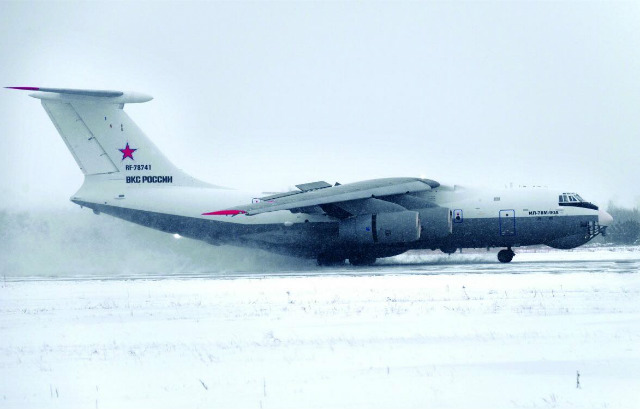 Key changes implemented with the updated model include a new wing with increased fuel capacity and Perm PS-90A-76 engines, in common with the -90A version of the Il-76 transport. In addition to delivering improved fuel efficiency, these also will reduce the tanker's take-off distance, despite an increase in maximum take-off weight.

Besides its enhanced tanker performance, UAC notes that the new model can be reconfigured for use as a transport, by removing its additional onboard fuel tanks. The -90A also has new navigation systems that will enable it to be operated in international airspace in accordance with civilian requirements.

Following the completion of the current flight-test phase, the Il-78M-90A will be transferred for state trials from Zhukovsky airfield, near Moscow.

Moscow has previously outlined an intention to acquire 31 of the new-generation tankers. Flight Fleets Analyzer records the Russian air force as having 20 Il-78s in current use, these aged between 27 and 33 years.