The aircraft joined the navy’s VAW-120 “Greyhawks” fleet replacement squadron, according to the US navy.

“This is an important day for naval aviation as we continue to increase our capabilities and maintain our competitive edge in the skies,” says Rear Adm. Roy Kelley. 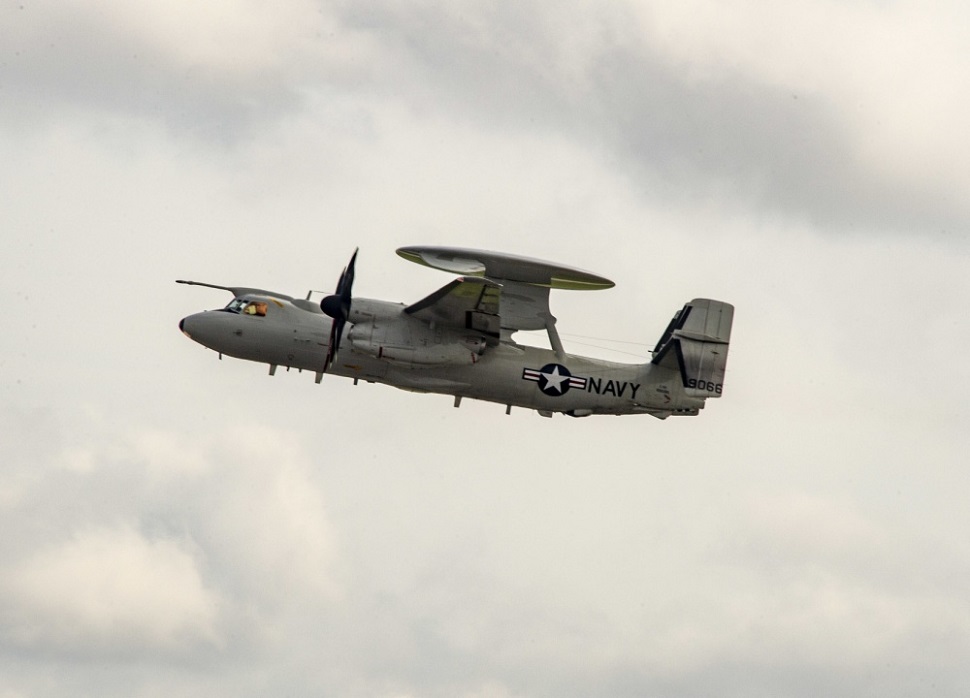 “This capability will extend the endurance of Hawkeyes, increasing the Navy’s battlespace awareness and integrated fire control – both from the air and the sea.”

The navy will commence training instructor pilots on the new capability, and also refuel from “several different” navy and air force tanker aircraft, including the Boeing F/A-18 E/F Super Hornet, which uses a centerline “buddy” tank to refuel other aircraft.

The navy plans to have two squadrons of E-2Ds with air-to-air refueling by 2020. VAW-120’s primary mission training air crew to operate and maintain E-2 and C-2 aircraft.

Cirium fleets data indicates the US Navy operates 38 E-2Ds with 37 on order. In addition, the Japan Air Self Defense Force operates one E-2D with three on order. In September 2018, the possibility of additional Japanese orders was raised when the US government cleared Tokyo to obtain nine additional examples.