The type, designated KC-30A in Australian service, has operated in the region before.

“Despite its territorial defeat, Daesh continues to pose a security threat in the Middle East region and beyond,” says Australia’s Department of Defence (DoD). “The KC-30A will provide important air-to-air refueling capability, which is essential to sustain effective Coalition air operations in the region.” 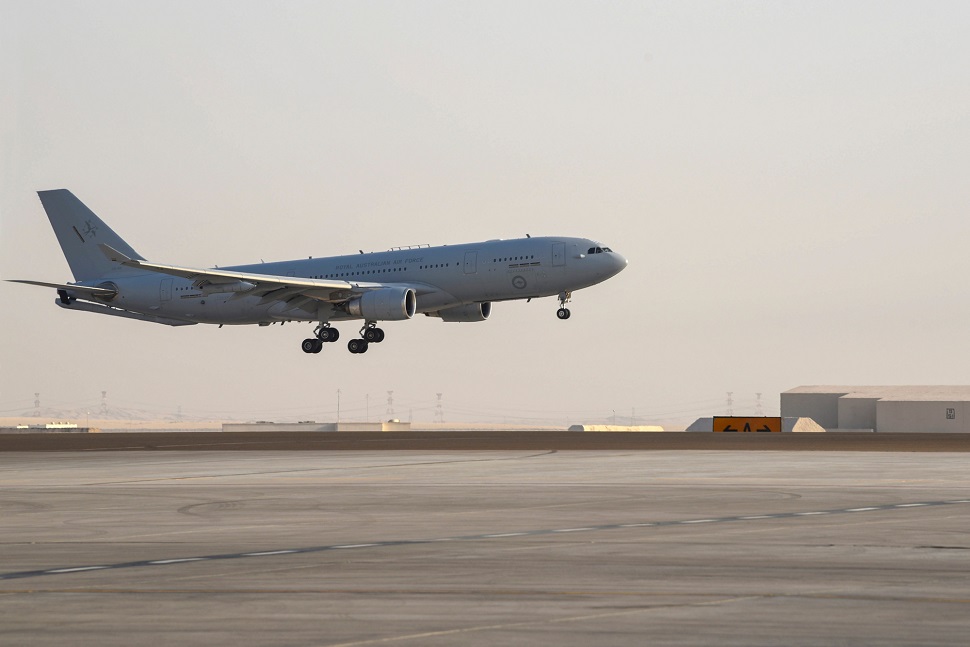 The DoD notes that the aircraft can refuel “almost all aircraft,” including the Lockheed Martin F-16 and F-35, as well as all variants of the F/A-18.

It did not specify precisely which base from which the aircraft will operate.

Images it provided about the deployment indicate the aircraft bears the serial number A39-006. 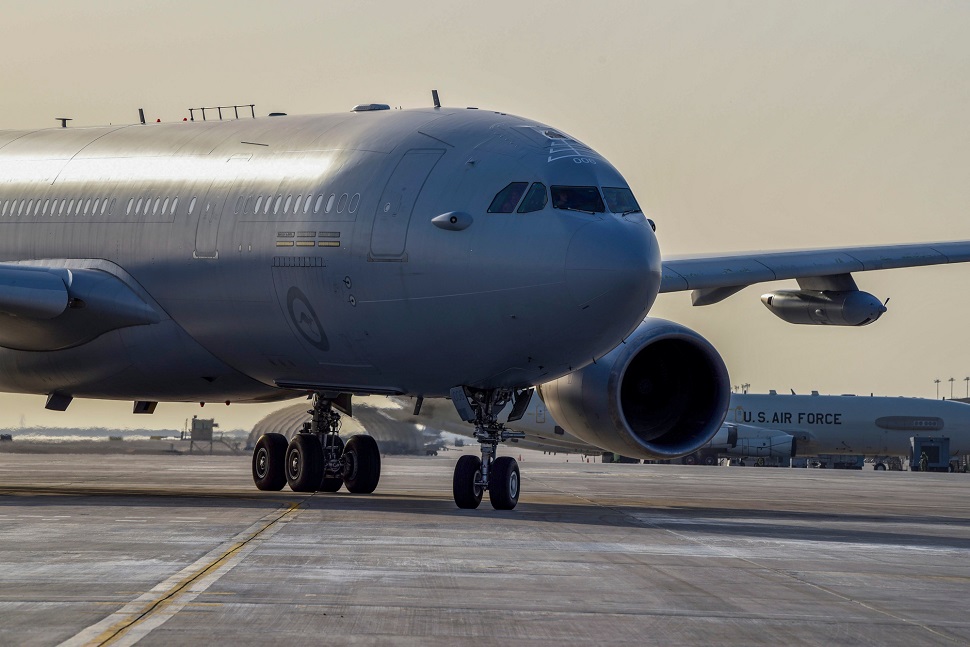 Cirium’s Fleets Analyzer shows that the aircraft (MSN 892) was delivered new as an A330-200 to Qantas Airways in January 2008. It formerly bore the commercial registration VH-EBH.

Qantas retired the jet in 2015, after which Airbus converted it to a tanker in Spain and it entered service in September 2017. The RAAF operates seven KC-30As.