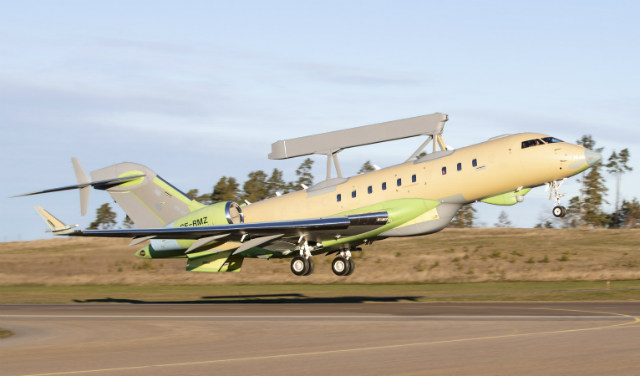 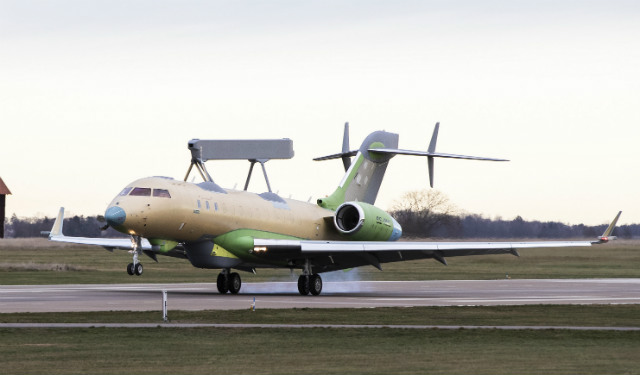 The UAE announced an order for two GlobalEye platforms at the Dubai air show in November 2015, before subsequently committing to buying a third example.

Carrying the registration SE-RMZ and having collected flight-test data during its first sortie, the programme's second aircraft got airborne less than 10 months after Saab's lead example, which made its debut in March 2018.

Saab has not disclosed when the Rolls-Royce BR710-powered type is due to be delivered to the UAE.