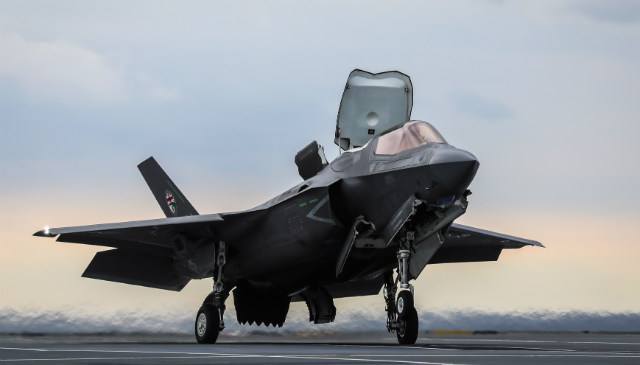 The UK is the only nation currently planning to use the manoeuvre, which will allow jets to land on board the carrier with heavier loads, meaning they won't need to jettison expensive fuel and weapons before landing," the MoD says.

Demonstrating the procedure at sea marks the culmination of 17 years of studies, development and modelling work, notes Wilson, who had performed such approaches more than 2,000 times in a simulator prior to the recent landing.

"Now we will focus on putting all four of our test pilots here through the same process to achieve the widest breadth of data possible on the landings," says Royal Air Force Sqn Ldr Andy Edgell, lead test pilot for an ongoing, 11-week campaign aboard the 65,000t vessel. 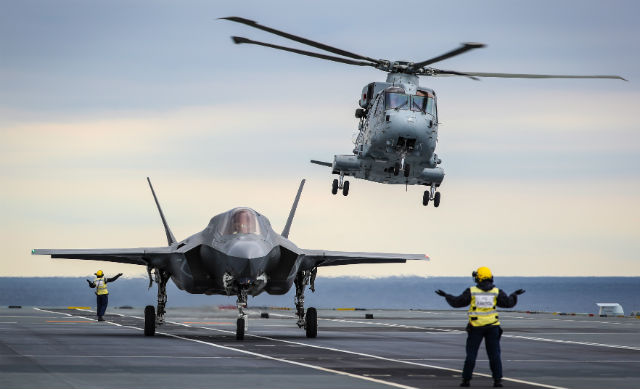 These will include Maj Michael Lippert from the US Marine Corps, which has already used its short take-off and vertical landing F-35Bs in combat for the first time. "It is of interest to the service at large, and we are learning from each other," he notes of the SRVL test activity.

The UK's carrier strike combination of HMS Queen Elizabeth and the F-35B is on schedule to be ready for frontline operations during 2021.