Airbus has revealed a hybrid-electric 80-seat airliner design – with "feathered" wing and tail structures mimicking an eagle or falcon.

However, the 1m (3ft)-long model, dubbed Bird of Prey, is unlikely to give too much away about the airframer's future developments in the commercial arena. It is "not intended to represent an actual aircraft concept". Instead, its purpose is to "inspire a new generation of aeronautical engineers", says Airbus, which displayed the model at the Royal International Air Tattoo (RIAT) on 19 July. 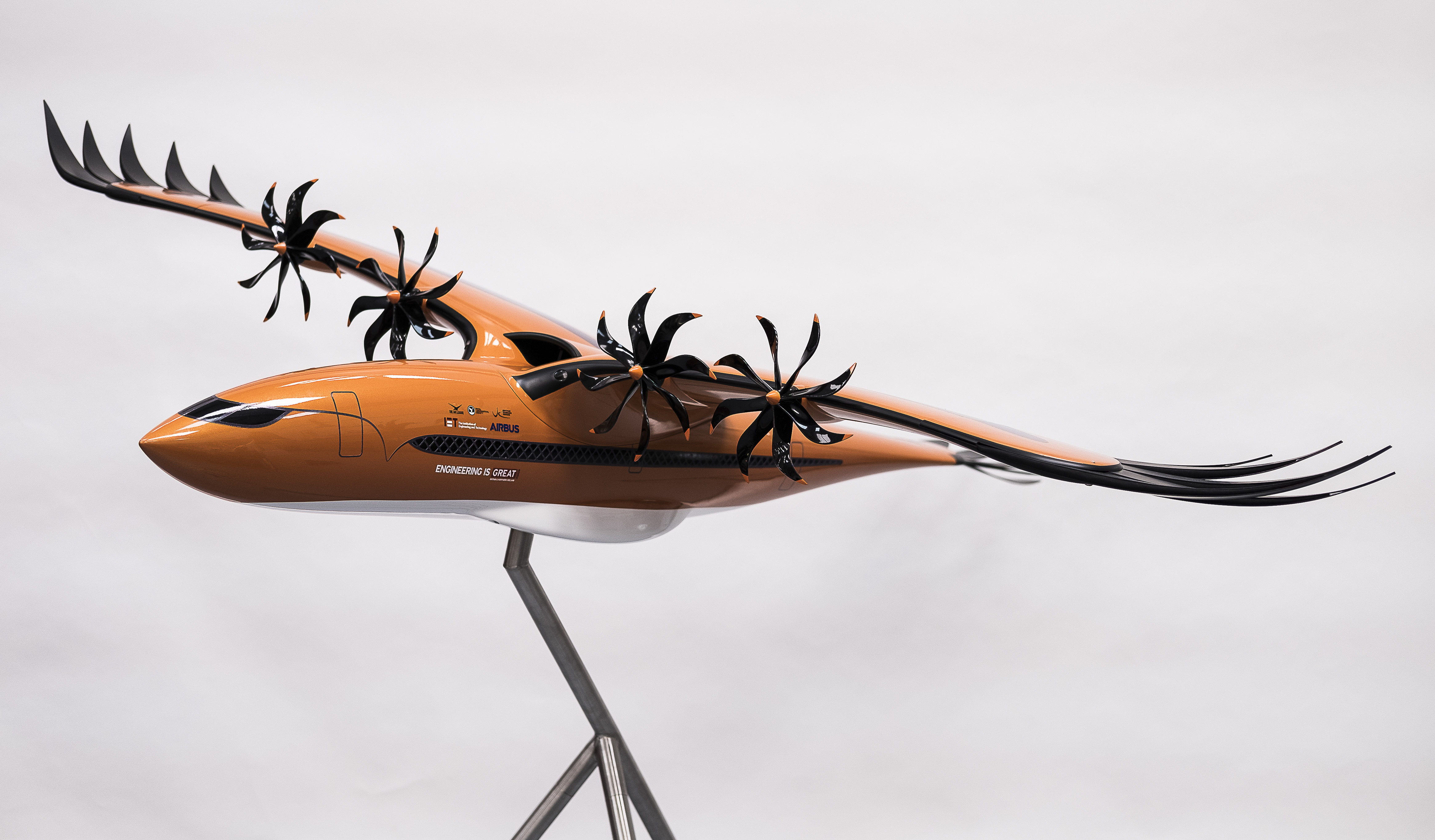 The 810nm (1,500km)-range aircraft, which includes four counter-rotating propellers and an all-composite airframe, is a collaboration between Filton, UK-based engineers and the chief technology officer's research and development team in Toulouse, and will feature on posters as part of the UK government’s "Engineering is Great Britain and Northern Ireland" inward investment campaign.

The model was unveiled at RIAT by Liam Fox, secretary of state for international trade, who said that the industry in the UK needed an influx of young engineers to maintain its commercial advantage. "Aerospace in the UK is a £40 billion [$50 billion] sector, with 90% of what it produces exported," he said.

According to Mark Bentall, Airbus chief operating officer for the corporate technology office, several of Bird of Prey's features do have connections with ongoing research and technology programmes. "While a feathered design may not be what we end up with, wing-tip design and flight controls are a huge area for us, as are composites and hybrid electric," he says.

"We could have come up with a complete Thunderbird, but there is some grounding of reality in this, and the question is how far we take some of these ideas."