RIAT: How Typhoon updates put Centurion on guard for UK

The past 12 months have seen a ­momentous shift in the UK’s combat aircraft balance, with Royal Air Force (RAF) Eurofighter Typhoon FGR4s having received new ground-attack weapons, its last Panavia Tornado GR4s retiring and the type’s successor – the Lockheed Martin F-35B – conducting its first operational missions in the Middle East.

One of the RAF’s most crucial requirements of recent times has been to ensure a seamless handover of duties between the Tornado and Typhoon, via a £425 million ($540 million) activity called Project Centurion. 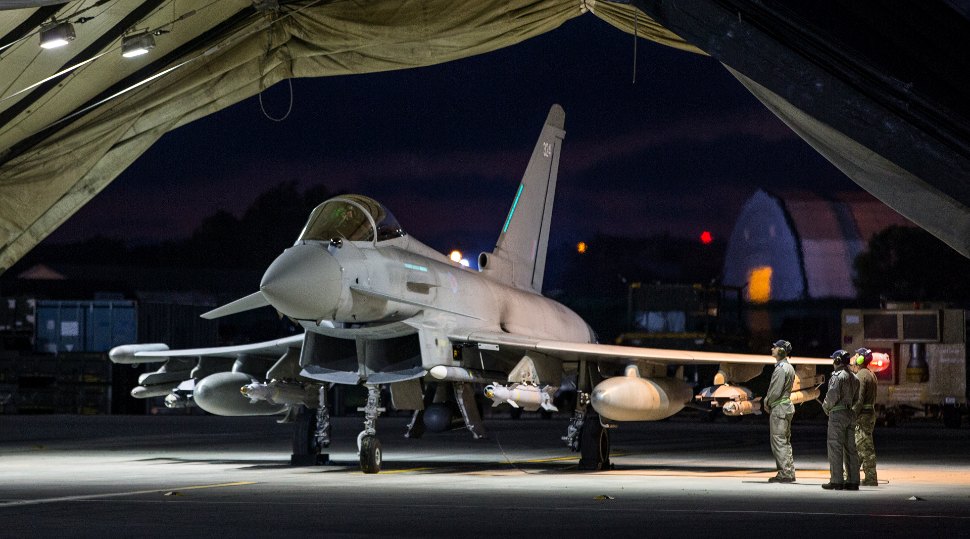 Key additions required to ensure that the Eurofighter could pick up the precision strike duties of its predecessor included incorporating MBDA’s Brimstone 2 air-to-surface weapon and Storm Shadow cruise missile. These have added to an offensive mix that already included Raytheon UK’s Paveway IV precision-guided bomb.

At last year’s Royal International Air Tattoo (RIAT), the RAF announced that initial multirole capability enhancements delivered under “Phase 0” of Project Centurion had been used for the first time during the UK’s Operation Shader contribution to multinational duties over Iraq and Syria.

This was followed by a Phase 1 update – also referred to as P2EA enhancements for the broader Eurofighter programme – which also added MBDA’s Meteor beyond visual-range air-to-air missile and an initial capability with Storm Shadow. A subsequent P3EA/Phase 2 update enabled full utility of the cruise missile, along with availability of Brimstone – the RAF’s preferred all-weather precision strike weapon for operations in the Middle East.

On 18 December 2018, the RAF approved release to service for the full Typhoon evolution package: some three months ahead of its planned last use of the venerable Tornado. In addition to providing operational continuity for the coalition campaign against Islamic State militants, the declaration also marked the culmination of an intense period of almost four years of planning, development and testing for an industry and Ministry of Defence/RAF team.

“The scale of what we had to deliver was incredible, integrating three major new weapons onto an aircraft at the same time, bringing together work divided into 70 different contracts, and doing it all in just 47 months,” says Andy Flynn, Eurofighter and Centurion capability director at BAE Systems Air. With the carefully planned run-down of the Tornado GR4 force allowing no option of an operational extension, he adds: “The consequences of not delivering on time were huge.”

To ensure that the activity was ultimately completed ahead of schedule, the joint UK test team was able to call on input from elsewhere within the four-nation Eurofighter consortium during key phases, such as weapons testing. This included having Italian test aircraft perform flight trials with the Storm Shadow and Spanish assets assist with Meteor testing. 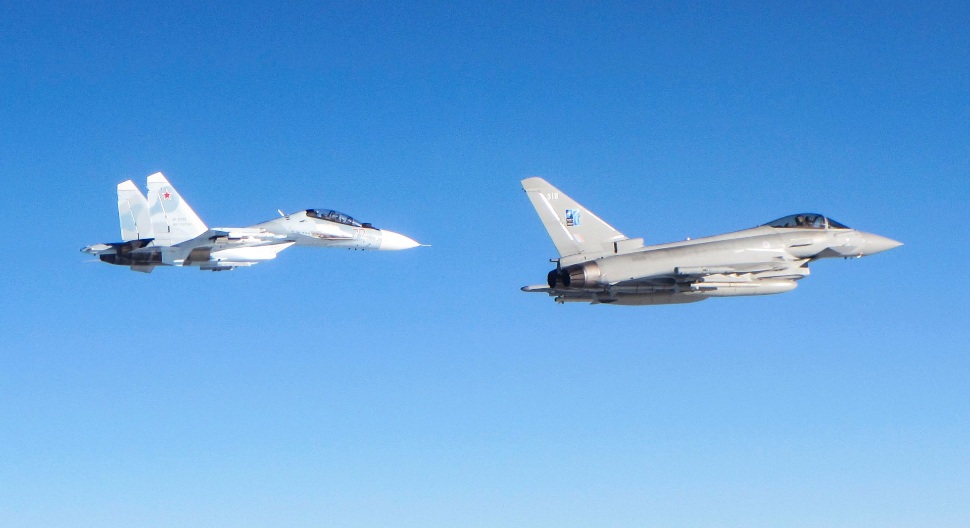 With the trio of new weapon types now successfully fielded by the RAF (Meteor-armed example, above, on quick reaction alert duty), the Typhoon is also set to receive a wide range of further enhancements over the coming years for core Eurofighter nations Germany, Italy, Spain and the UK, and also for international customers.

“Project Centurion showed we are able to work together to keep Typhoon at the forefront of military technology, and do it in an agile way,” says Flynn. “This pipeline of innovation will continue to allow us to unleash the full potential of Typhoon – there is a lot more to come.”

Kuwait will be the first to introduce Typhoons equipped with an active electronically scanned array (AESA) radar developed by the Euroradar consortium, in place of the mechanically scanned Captor M. Qatar will also receive aircraft with the new sensor. An AESA update has long been viewed as potentially also on the cards for the programme’s European partner nations, but none have yet signed contracts to integrate the technology with their fleets.

At last month’s Paris air show, the Eurofighter consortium – formed of Airbus Defence & Space, BAE and Leonardo – announced new study contracts worth €53 million ($60 million) concluding by early 2021, which will explore a package of further updates for the multirole type.

Key aspects of a proposed “long-term evolution” plan include cockpit enhancements, potentially including a wide-area display, expanded electronic warfare capabilities and new weapons. Its Eurojet EJ200 turbofan engines, meanwhile, could gain an increase in thrust, range and persistence, and what Eurofighter refers to as “adaptive power and cooling techniques”.

Describing the mid-life update as “a clear, costed roadmap into the future”, Eurofighter marketing manager Raffael Klaschka says: “It is a very strong signal from our core partner nations in the confidence and commitment to further develop and enhance an already fantastic aircraft.”

“We look forward to working with our core nations to determine what this aircraft needs to be doing in the next couple of decades,” Eurofighter chief executive Herman Claesen said at Le Bourget. “This will complement the ongoing drumbeat of phased enhancements.”

The consortium also believes its product is the ideal platform to receive emerging technologies that might in time equip future European combat assets, such as the UK’s Tempest and a New Generation Fighter being studied by France, Germany and Spain.

By mid-June, Eurofighter had delivered 558 production aircraft. Of this total, Cirium’s Fleets Analyzer shows that 504 are currently in frontline service, with another 11 supporting development and test activities by Airbus, BAE and Leonardo. In addition to the four partner nations, other users are Austria, Oman and Saudi Arabia.

Fleets Analyzer data also shows that the firm order backlog for the Typhoon stands at 62 units, including remaining examples for the launch nations and a combined 52 for Kuwait and Qatar. This suggests the consortium needs to secure additional deals before too long, if it is to avoid a costly break in production.

“We have prospects in Germany, Spain and Switzerland, which are being led by Airbus on behalf of the consortium, and in Finland, where the campaign is being led by BAE Systems,” he says.

For the Finnish contest, BAE is pitching a swing-role Typhoon “able to perform the full spectrum of air-to-air, air-to-ground, electronic warfare and intelligence-gathering missions”, McCumiskey says, along with “the widest range of weapons in the HX competition”, including deep strike and anti-ship missiles. Helsinki will also consider proposals based on the F-35, Boeing F/A-18E/F Super Hornet and EA-18G Growler, Dassault Rafale and Saab Gripen E/F.

While the programme’s current production rate safeguards deliveries “until the early 2020s”, he notes: “The German requirements to replace its Tranche 1 Eurofighters and Tornado fleet are the next potential orders, with Spain also looking to add to its fleet. We believe Typhoon to be an attractive offer in each of these competitions.

“With these opportunities, I believe we will see Typhoon in production into the 2030s and beyond,” McCumiskey says.

Noting that the aircraft “is designed to ­continuously evolve”, he adds: “The announcement at the Paris air show underpins this and highlights the partners’ combined commitment to maintaining Typhoon’s position at the forefront of combat air capability for decades to come.” This, he contends, makes the type “a compelling proposition for any air force”.