While the single-engined turboprop has been tested extensively by the service, it has yet to match the sales success of the rival Embraer A-29 Super Tucano, which has been selected by both Afghanistan and Lebanon. 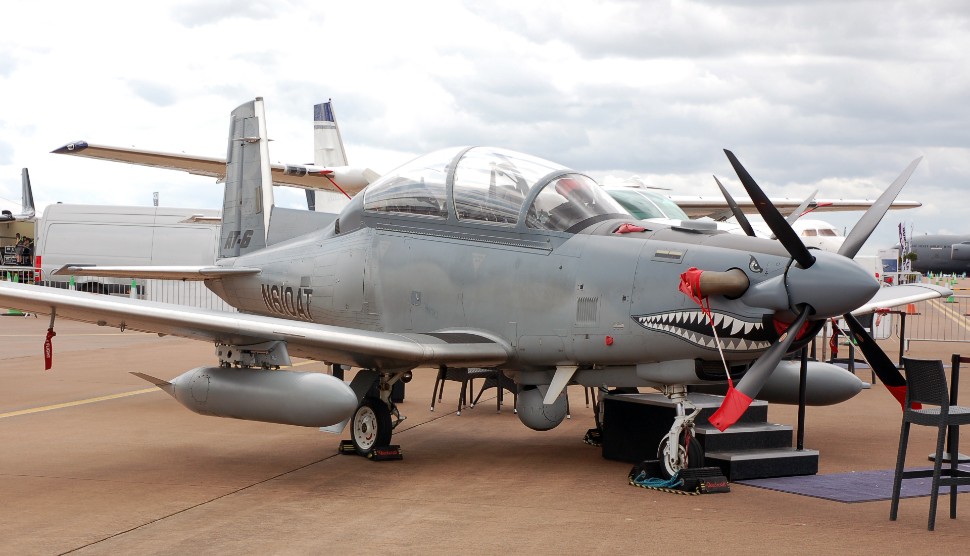 A request for proposals is expected to be released in the coming days by the USAF, which will acquire three examples of the AT-6. These will be used for certification testing and evaluations of its light-attack performance.

“That certification opens us up to international sales,” says Brett Pierson, vice-president of light attack aircraft at Textron Aviation Defense. He notes that it will also enable orders to be placed via the US government’s Foreign Military Sales mechanism.

Assuming the three-unit purchase proceeds as planned, the aircraft could be delivered around 18 months after they are ordered. However, the certification timeline depends on the USAF.

Pierson says that several nations are already interested in the Wolverine. “We are not on contract with any [customers], but several have expressed that they would like to get them right after the USA.”

A standard load-out for the AT-6 on its six hardpoints includes two 226kg (500lb) guided bombs such as the Raytheon Paveway II, a pair of .50cal machine guns and two rocket pods. Firing tests of the Lockheed Martin AGM-114 Hellfire air-to-surface missile have also previously been carried out, notes Pierson. 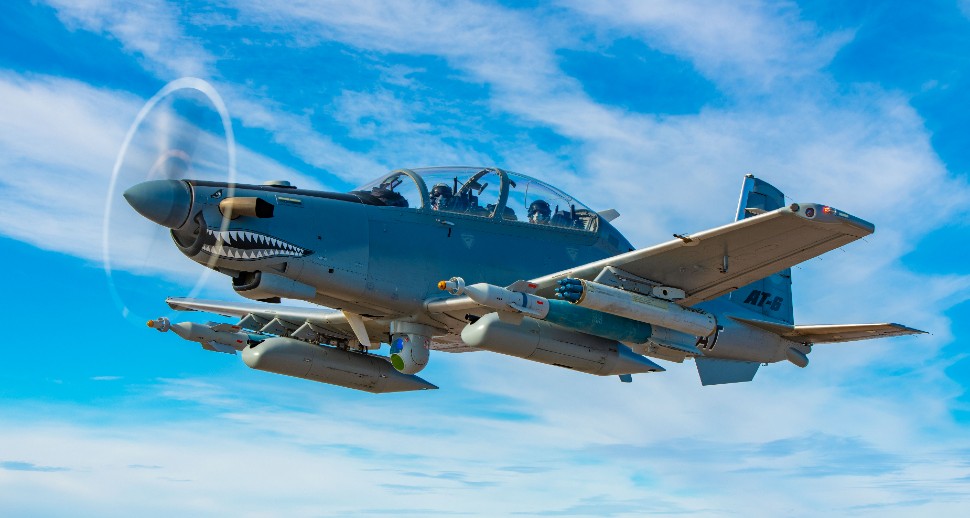 USAF representatives have already conducted two rounds of evaluation with the AT-6 and A-29, in 2017 and 2018, which were anticipated to lead to a contest for a 300-unit order. However, earlier this year the US Department of Defense elected not to proceed with the procurement.

The USAF will also acquire a trio of A-29s for the latest round of testing.

Pierson is also responsible for the Textron Scorpion – a jet-powered light-attack and intelligence, surveillance and reconnaissance platform developed speculatively by the airframer.

First flown in 2013, Textron has since built two further Scorpion prototypes, but has yet to secure a customer and has largely wound-down development work.

However, it continues to fly the aircraft on behalf of industry and government customers looking to test sensors and other systems without the expense of full integration on production aircraft.

“In the last two months we have been flying like crazy,” says Pierson. “In early July we flew two Scorpions every day for one week.”