The ceremony took place at the research facility of manufacturer Hanwha Group in Yongin, according to South Korea’s Defense Acquisition Program Administration.

Following the US government’s refusal to share sensitive AESA technology with Seoul in 2015, South Korea’s Agency for Defense Development (ADD) embarked on the creation of an indigenous AESA set, with Hanwha Systems producing the radar’s hardware and LIG Nex1 the software.

The radar passed its critical design stage in 2019 and has 1,000 independent transmit and receive modules. The entire system includes the antenna, processing device, and a power supply.

A video of the unveiling ceremony shows the radar searching for and detecting targets in the air, on sea, and land, as well as a synthetic aperture radar function. It also shows technicians working on the system in laboratories.

In April 2019, airborne tests of the KF-X’s AESA hardware systems, including the transmit-receive antenna and the power supply unit, took place in South Africa with the attendance of KF-X developers from the ADD, Hanwha and KAI.

In addition to extensive South Korean industrial participation, foreign firms such as Elta Systems, Leonardo, and Saab are involved in the project. 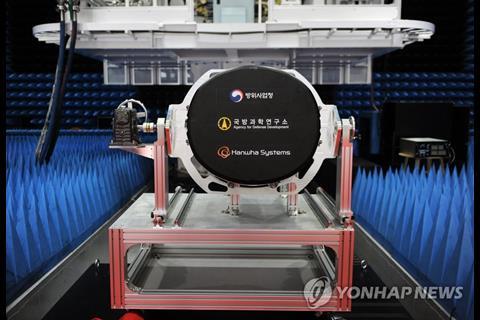 Hanwha Systems produced the hardware for the new radar, with LIG Nex1 producing the software 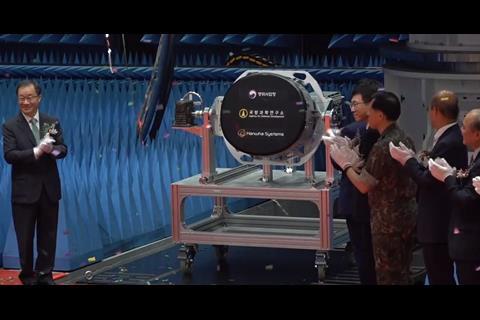 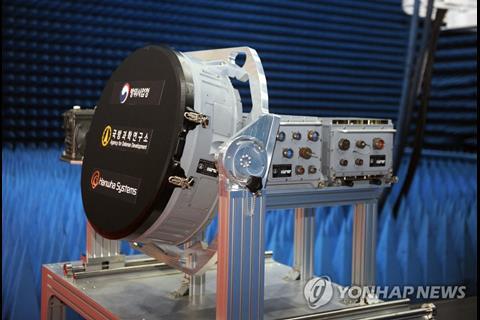 The system comprises the antenna, a processing unit, and a power supply 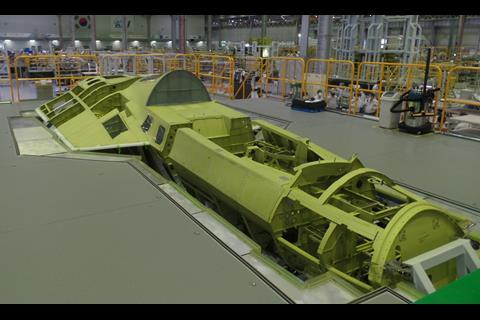 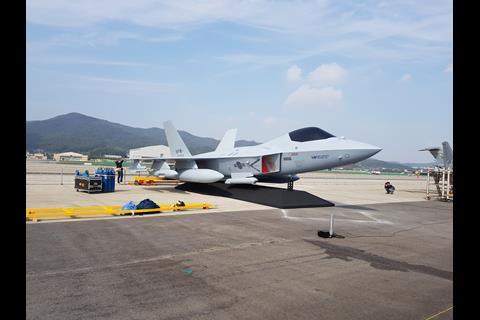 KAI displayed a full-sized mock-up of the developmental KF-X at Seoul ADEX in October, 2019

In addition to equipping the KF-X, Hanwha Systems sees its AESA technology as a potential upgrade for Seoul’s force of Boeing F-15Ks and KAI T-50-family aircraft.

The unveiling of the radar followed other steps indicating progress with the KF-X, which is due to be rolled out in April 2021.

In early July, KAI issued a photograph of the first KF-X fuselage, which is undergoing assembly in the company’s Sacheon factory. In June, GE Aviation confirmed that it had shipped the first F414 engine for the twin-engined type. Eventually, F414s for the KF-X will be produced locally by Hanwha Aerospace.

Corrected:  The Hanwha R&D Center is in Yongin. A previous version erronoeously reported the location as “Hanjin.”