Hypersonic development firm Stratolaunch has secured funding from the US Air Force (USAF) to support the development of an ultra-fast flight vehicle.

The Mojave, California-headquartered company said on 14 November it has received a contract from the Air Force Research Laboratory (AFRL) to support flight testing of the firm’s Talon-A hypersonic vehicle.

“We’re pleased that AFRL has chosen to support the flight of our first hypersonic vehicle, and we have enjoyed working with the esteemed team,” says Dr Zachary Krevor, Stratolaunch chief executive. 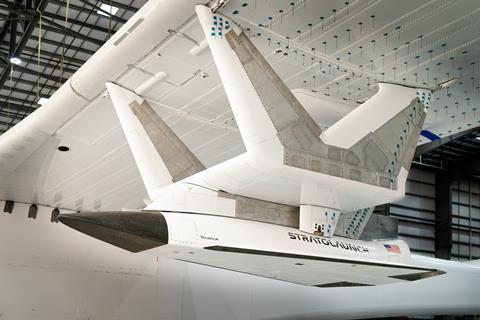 Stratolaunch's first Talon-A separation test vehicle, TA-0, was mated to Roc carrier aircraft for the first time in May, 2022 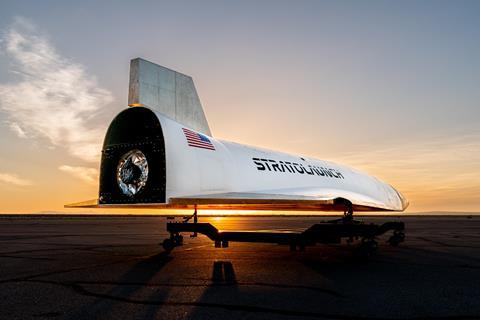 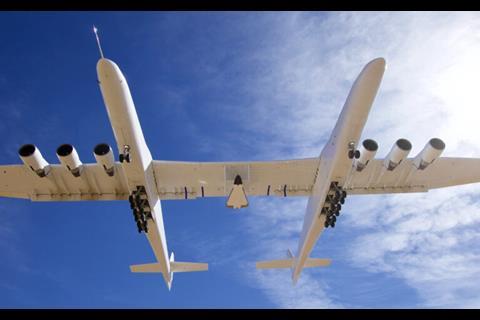 Talon-A will be air-launched from Roc, which Stratolaunch calls the “world’s largest operating aircraft” 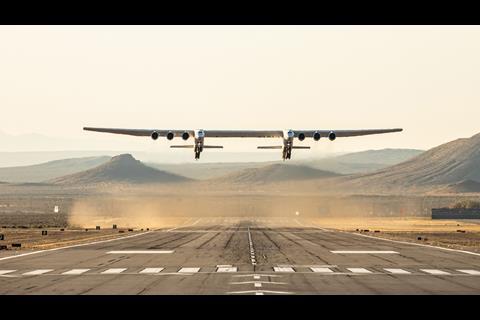 The company operates from the Mojave Air & Spaceport in California, also known as Rutan Field

The company, which was created by late Microsoft co-founder Paul Allen, describes the Talon-A as an “autonomous and reusable testbed that makes flight testing more affordable and accessible”.

The craft is rocket-powered, with “the ability to fly a variety of hypersonic flight profiles while carrying customised payload experiments on board”, Stratolaunch says.

The first Talon-A vehicle, known as TA-1, is an expendable configuration, the company notes. However, subsequent generations of Talon-A vehicles will be capable of reusable hypersonic flight.

Hypersonic is generally defined as speeds above Mach 5.

Talon-A, which resembles a smaller version of NASA’s Space Shuttle with stubbier wings and a single, shorter tail stabiliser, is meant to make hypersonic flight testing more “reliable and routine”, according to Stratolaunch.

The goal of the platform is to allow for systems and payloads intended for hypersonic flight to be tested at those speeds and then recovered. Stratolaunch says its design was inspired by the USAF’s North American X-15 rocket aircraft flight test programme of the 1960s.

Talon-A is designed to be air-launched from another Stratolaunch aircraft – the Roc.

Sporting a dual fuselage, high-wing design with a 117m (385ft) wingspan, the Roc is powered by six engines originally developed for the Boeing 747 commercial airframe.

Stratolaunch calls Roc the “world’s largest operating aircraft” and says it has a payload capacity of 226,800kg (500,000lb). A payload, such as the Talon-A, is carried below the wing and in between the twin fuselages.

The AFRL-funded flight test of Talon-A is scheduled for the first quarter of 2023, Stratolaunch says.