“Work will be performed in Lod, Israel, and is expected to be complete by January 2023,” the US Department of Defense says in a 30 January notification of the indefinite delivery/indefinite quantity deal. Approved funding in fiscal year 2020 values $34.4 million, it adds. 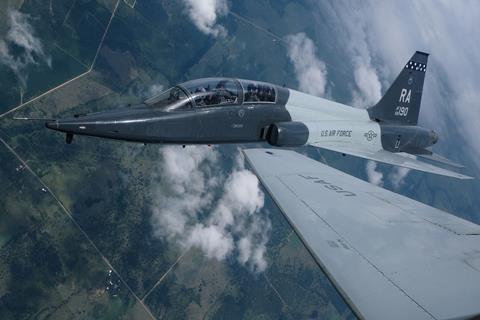 IAI notes that it secured its first such award from the USAF for the T-38 in 2011, with the replacement wings manufactured by its Lahav Aero-Structures unit.

The USAF will begin replacing its aged T-38C inventory with the Boeing/Saab T-7A Red Hawk advanced jet trainer, via a currently 351-unit acquisition worth $9.2 billion. The new type’s introduction is scheduled from around 2023.