The UK has taken delivery of its latest example of the Lockheed Martin F-35B, as an integrated test force (ITF) prepares to evaluate the short take-off and vertical landing type from a Royal Navy aircraft carrier for the first time.

Announcing its acceptance of a 16th F-35B in mid-September, the UK Ministry of Defence said the jet would be transferred to the US Marine Corps' MCAS Beaufort site in South Carolina to support testing.

Meanwhile, around 200 personnel and two F-35Bs are to be deployed aboard the aircraft carrier HMS Queen Elizabeth for a series of first-of-class flight trials, to commence off the US East Coast within the coming weeks. "Active duty US and UK military personnel, Department of Defense civilians, as well as contractors from DoD and industry will join the ship's 1,500-person crew," the ITF says.

"The team plans to perform a variety of flight manoeuvres and deck operations to develop the F-35B operating envelope," it adds. "They will evaluate jet performance on over 200 test points during different weather and sea conditions, as well as the aircraft's integration with the ship."

Flight trials will build on more than 3,000 take-offs and landings performed using an F-35B/Queen Elizabeth-class ship simulator at BAE Systems' Warton site in Lancashire, and pre-deployment testing conducted at the US Navy's NAS Patuxent River site in Maryland. 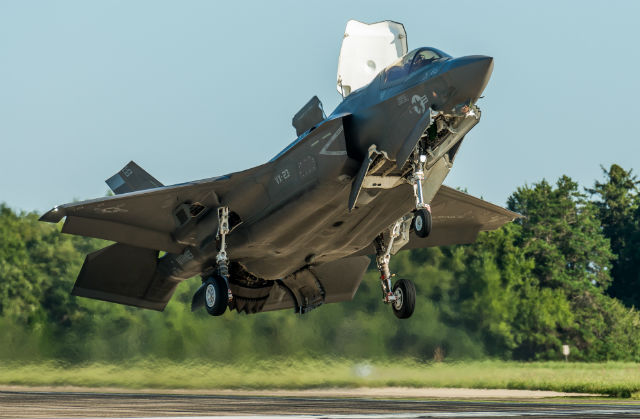 Describing the current use of SRVL as "truly experimental", Royal Air Force Sqn Ldr Andy Edgell, lead test pilot for the shipborne activity, says: "It involves landing a fast jet onto an aircraft carrier with forward relative speed, but without the braking assistance typically provided by an arresting gear and hook." This will enable the UK's F-35Bs to return to a vessel carrying more fuel and weapons than possible when landing vertically.

Following the flight trials' completion, a follow-on period of embarked operational testing will be conducted next year. The UK plans to achieve initial operational capability with the F-35B aboard the Queen Elizabeth in 2020.

Separately, a UK-owned F-35B was in August flown for the first time with MBDA ASRAAM short-range air-to-air missiles carried beneath under-wing pylons. The test involved a 17 Sqn-operated aircraft based at Edwards AFB, California. 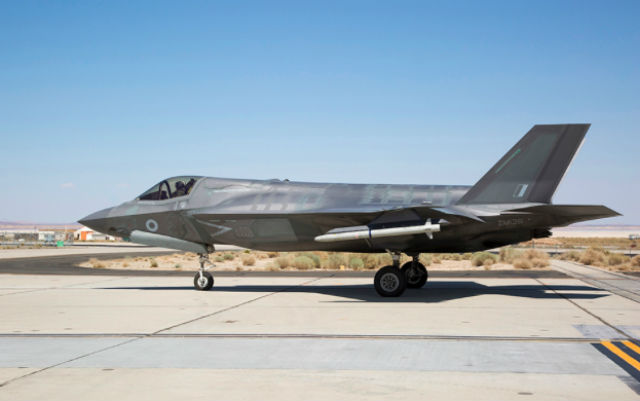 Nine of the UK's new strike aircraft have so far been flown to its main operating base at RAF Marham, in Norfolk, for use by the service's 617 Sqn. The unit is on track to declare IOC for land-based operations before the end of this year.