US Air Force (USAF) pilots will soon be flying against the world’s most-advanced fifth-generation fighter in training missions.

On 9 June, the USAF activated the 65th Aggressor Squadron (AGRS) at Nellis AFB outside of Las Vegas, Nevada. The unit will perform the function of adversary air (ADAIR), flying mock combat missions against USAF pilots. 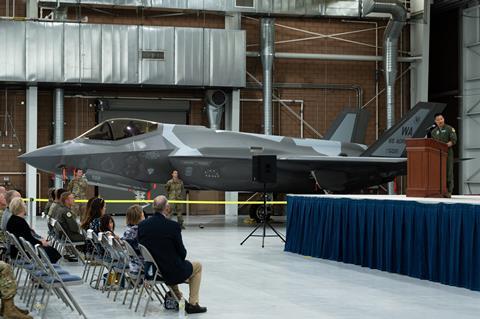 Notably, the USAF said on 9 June that the squadron will be permanently assigned Lockheed Martin F-35A Lightning II stealth fighters, the service’s most advanced aircraft. Photographs from the activation ceremony show one of the ADAIR F-35s painted in a grey camouflage pattern resembling that used on the Chengdu J-20 Mighty Dragon fifth-generation fighter operated by the People’s Republic of China (PRC).

“Due to the growing threat posed by PRC fifth- and sixth-gen fighter development, we must use a portion of our daily fifth-generation aircraft today… to replicate adversary fifth-generation capabilities,” says commander of USAF Air Combat Command General Mark Kelly.

The creation of the 65th AGRS marks the first time a USAF ADAIR unit will exclusively fly F-35s and focus on reproducing Chinese tactics.

“Precisely because we have this credible threat, when we do replicate a fifth-gen adversary, it has to be done professionally,” Kelly adds, explaining the rationale for assigning F-35s to a training mission.

The USAF began its Aggressor programme in 1972, at the height of the Vietnam War, to drill air-to-air combat tactics. The US Navy launched its equivalent programme in 1969, then called the Fighter Weapons School, but now known as the Strike Fighter Tactics Instructor programme or more commonly “Top Gun”. 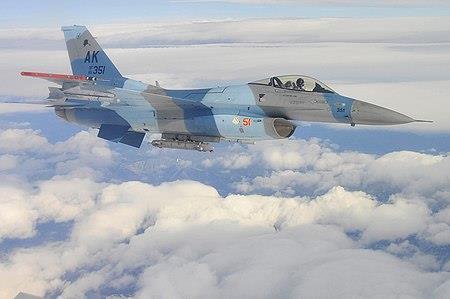 Aggressor and Top Gun have traditionally attempted to simulate the capabilities and even the appearance of enemy aircraft. ADAIR pilots adopted Soviet tactics and painted their jets with Soviet-style markings and colour patterns. Photos of the F-35 in J-20-style markings indicate that practice remains in use, albeit shifted to focus on the People’s Liberation Army Air Force (PLAAF).

The USAF notes that the capability of the PLAAF, which the FlightGlobal 2022 World Air Forces directory shows as having 19 fifth-generation J-20s, far exceeds that of previous adversaries.

That led to a decision by the USAF in 2019 to re-activate the 65th AGRS with F-35s to “improve training for fifth-generation fighter tactics development, advanced large force training and operational test support”, the service said on 9 June.

The squadron had been deactivated in 2015 due to budget cuts. It previously flew the Lockheed F-16 Fighting Falcon.

F-35s were first introduced into ADAIR exercises in 2021, when the USAF says they were used in conjunction with F-16s from a different Aggressor squadron, the 64th, also based at Nellis AFB.

“This significant milestone marks our ability to bring fifth-generation capabilities to the high-end fight, and will allow us to enhance our premier tactics and training with joint, allied and coalition forces,” says Brigadier General Michael Drowley, commander of the 57th Wing, that oversees Aggressor training.