The US Army wants a new weapon for destroying enemy aircraft.

In an official notice, the largest service component of the American military says its iconic FIM-92 Stinger surface-to-air missile, made by General Dynamics and Raytheon, will become obsolete in the coming year. 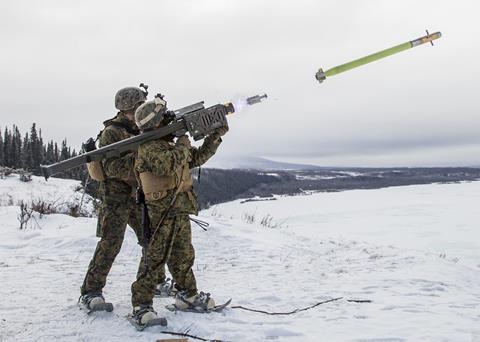 US Marines fire a FIM-92 Stinger missile during exercises at Fort Greely, Alaska in 2018

“The Stinger- Reprogrammable Microprocessor will become obsolete in fiscal year 2023 and Stinger Block I is undergoing a service life extension to extend its end of useful life,” the announcement reads.

It also notes that the Stinger’s eventual replacement already has a name: the Maneuver-Short Range Air Defense (M-SHORAD).

The Stinger entered service in 1978 during the height of the Cold War. It gained renown during the Soviet Union’s invasion of Afghanistan, when the United States supplied anti-Soviet mujahedeen guerillas with Stingers.

The Soviet Army lost some 330 helicopters and 120 jets during the 10-year war, with a substantial number being shot down by Stingers. 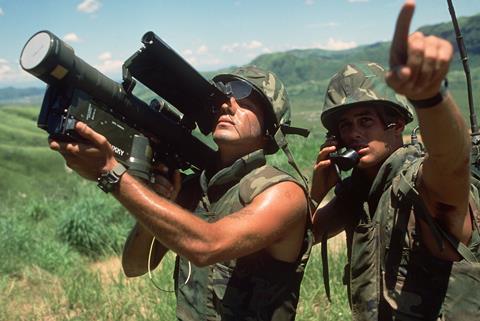 Known as man-portable air defence systems (MANPADS), anti-aircraft weapons like the Stinger are designed to provide basic air defence capability to small troop formations. Several varieties of MANPADS, including the Stinger, have been sent to Ukraine by Western countries opposing Russian’s invasion of Ukraine.

The M-SHORAD solicitation specifies that, like its predecessor, the new system must be effective against rotary, fixed-wing and unmanned aircraft. It must also be small and light enough to be carried by individual soldiers.

However, the Stinger’s replacement may vary in one significant way: how it tracks aircraft. The Stinger uses an infrared homing warhead to track a target’s heat signature. The M-SHORAD posting does not specify how the new system will acquire targets.

The army says it wants a prototype of the M-SHORAD ready for testing by FY2024 with the final system entering full production no later than FY2027.