The US Navy (USN) lost a Boeing F/A-18 Super Hornet in the Mediterranean Sea after the jet was blown off the deck of an aircraft carrier, the USN said on 10 July.

The USS Harry S Truman, one of the USN’s 10 Nimitz-class aircraft carriers, was underway when it was hit by “unexpected heavy weather”, according to the USN. 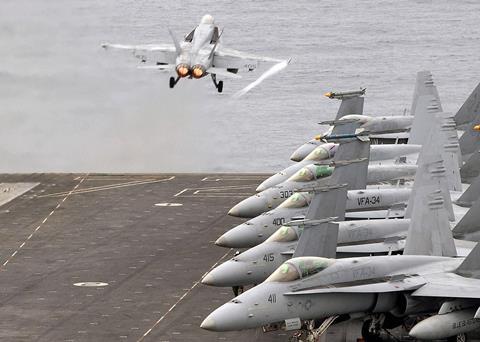 The incident apparently occurred while the Truman was in the middle of conducting a replenishment-at-sea, a high-risk manoeuvre in which a supply ship is tethered to the carrier to transfer perishable supplies, including jet fuel, while both ships are moving.

The USN says all personnel are accounted for, with one sailor sustaining minor injuries during the heavy weather incident. The service adds that the Truman’s air wing remains fully mission capable, despite the loss.

A spokesperson for the USN’s Sixth Fleet, which oversees operations in Europe and Africa, tells FlightGlobal that the lost Super Hornet, which had a list price of $67 million, has not yet been recovered and the service is currently reviewing the possibility for retrieval.

This is not the first at-sea loss of a carrier-based aircraft for the USN this year. In January, a Lockheed Martin F-35C Lightning II went overboard in the South China Sea after the jet failed to arrest during a hard landing. The pilot safely ejected, although seven sailors were reported injured. 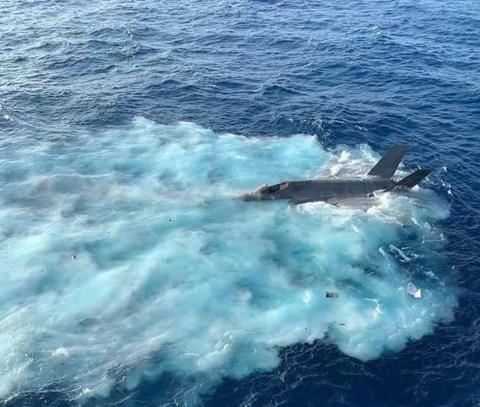 That incident led to a scramble to recover the sunken remains of the advanced fifth-generation stealth fighter before China or Russia could retrieve any parts. The USN was ultimately successful in lifting the F-35 wreckage from a depth of more than two miles.