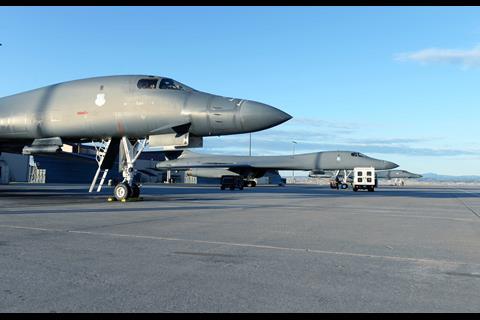 B-1B bombers on the ramp at Ellsworth AFB, South Dakota. 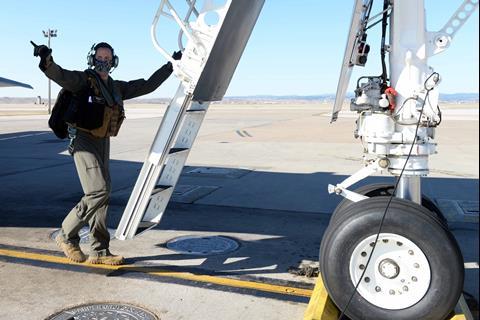 A USAF crewman boards the B-1B prior to the sortie 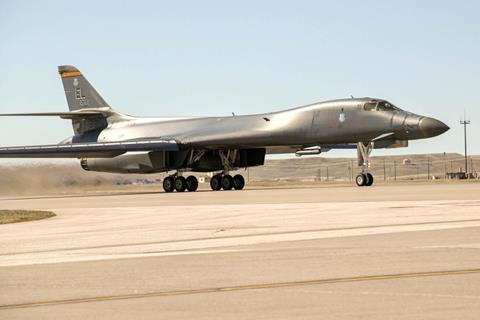 The B-1B has the largest payload of any USAF bomber 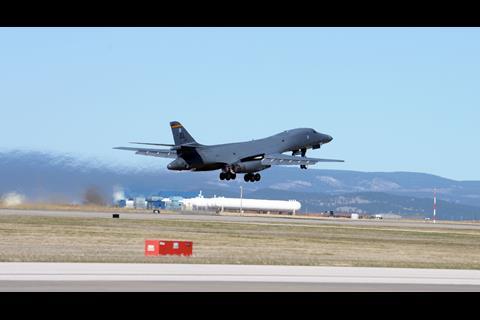 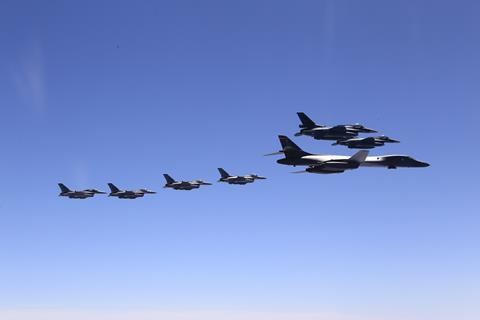 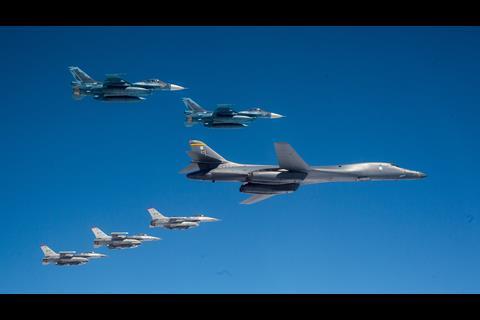 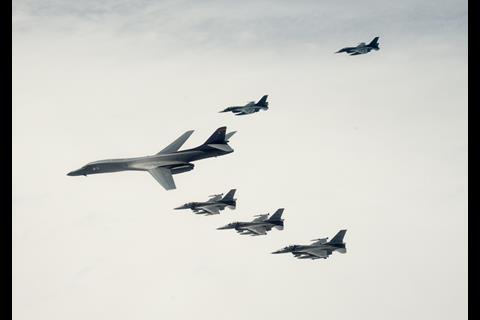 The US Air Force (USAF) and Japan Air Self-Defence Force (JASDF) have mounted a show of force intended to demonstrate a doctrine for quickly deploying combat assets to the Asia-Pacific region.

The activity involved a Boeing B-1B bomber operating a 30h sortie from Ellsworth AFB, South Dakota, to Japan’s Draughon range. Upon arrival it teamed up with six USAF Lockheed Martin F-16s, as well as seven Mitsubishi F-2s and eight Boeing F-15s operated by the JASDF.

“This operation showcases our unwavering commitment to the security and stability of the Indo-Pacific region through the employment of strategic forces from around the globe,” says USAF General CQ Brown, Jr.

“From confronting invisible threats of a global pandemic to addressing military aggression and coercive activities, we remain a lethal, innovative and interoperable force focused on a shared vision of upholding a free and open lndo-Pacific.”

Washington seeks to make its military deployments in the region less predictable in the face of a growing rivalry with Beijing. A key challenge for the USA in the Western Pacific is that it is tied to large, fixed bases that would be targets for Chinese missiles in the event of a conflict.

The deployment of an asset such as the B-1B demonstrates an ability to deploy into the theatre from a great distance.

A previous exercise involved Boeing B-52 bombers flying from Guam and Minot AFB, North Dakota, to Japan, where they teamed up with six USAF F-16s and more than 45 JASDF fighters.

“Like the advancements of our Agile Combat Employment concept of operations, we continue to innovate and adapt our approach, to include how we deploy and employ the various weapons systems we integrate with our allies and partners,” says Brown.

“Bringing the B-1 into theatre ensures our bilateral interoperability accounts for any combination of flying operations to prepare for and outpace the rapidly growing threats in the Indo-Pacific region.”

According to the USAF, the B-1B can carry the largest payload of guided and unguided weapons of any bomber in the service’s inventory. A more recent weapon integrated into the B-1B is the Lockheed Long Range Anti-Ship Missile, which is designed to destroy the capital ships of advanced navies.

Having stamped out the domestic coronavirus crisis that originated in the Chinese city of Wuhan, Beijing has raised its force posture in the region. This has included a sortie by its first aircraft carrier, the CNS Liaoning, to the sea off eastern Taiwan, which China views as a breakaway province. It has also mounted probing missions with fixed-wing aircraft near the island.