Airlines in the Asia-Pacific received 28 of the 70 commercial aircraft delivered in August 2019, with Boeing again delivering zero narrowbodies to the region amid the continued 737 Max grounding.

Overall deliveries in the Asia-Pacific were less than half the 60 aircraft delivered in August 2018, and the second lowest month this year after January, when 28 new aircraft were delivered to the region. 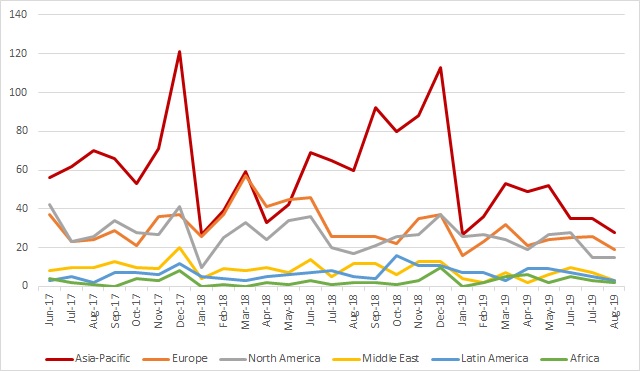 Deliveries by region through August 2019

All data from Cirium 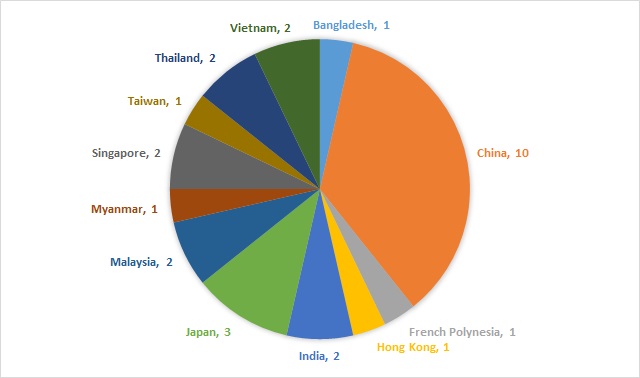 Among Asia-Pacific countries, China led with 10 deliveries, followed by Japan with three. India, Malaysia, Singapore, Thailand, and Vietnam all saw two deliveries during the month. 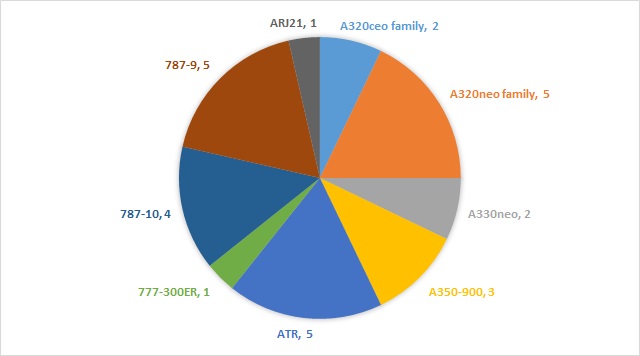 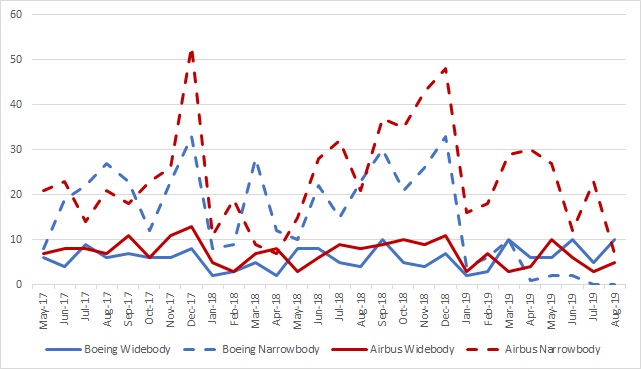 Airbus led overall deliveries, with 12 jets delivered against Boeing’s 10. It delivered two A320ceos and five A320neos against no 737 deliveries for Boeing.

Turboprop maker ATR had a very strong month with five ATR 72-600 deliveries in the region. It delivered two examples to IndiGo, and one each to Golden Myanmar Airways, Malindo Air, and US-Bangla Airlines. 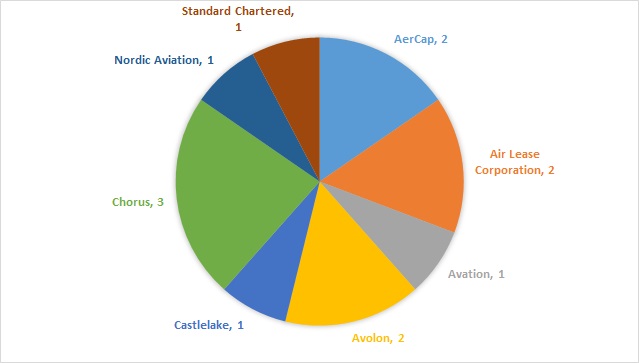 Lessors were involved in 13 of the Asia-Pacific’s 28 deliveries in August.

The region saw delivery of one new-build freighter during August, with China Air Cargo taking a single AVIC MA-600F.