The leaders of Emirates Airline and Scandinavian Airlines have offered different perspectives on the market for widebodies today, with one citing the growing need for super-sized aircraft to feed busy hubs and the other suggesting too many twin-aisles have been produced over the past decade.

Speaking during the CAPA Airline Leader Summit on 7 April, Emirates president Tim Clark lamented the fact that Airbus had failed to develop an enhanced version of the A380 – sometimes dubbed the A380neo – noting that he had “tried so hard” to convince the aiframer otherwise.

“I was actually drawing it out for them… smaller tail, different wings,” Clark states, claiming the improvements would have led to a 12-15% reduction in operating costs. 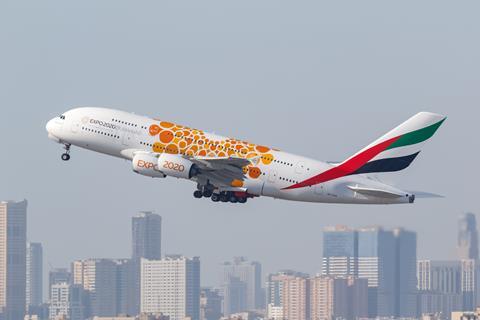 Clark insists that Emirates’ customers love the A380

He is concerned about what happens in the mid-2030s, as Emirates seeks to serve what he expects to be increasingly slot-constrained hubs including London Heathrow, Hong Kong International, Sao Paulo and Sydney without recourse to an A380 replacement.

“We are going to need that,” Clark says of such an aircraft. “The future for me is not a whole raft of single-aisles.”

He further warns of the “opportunity costs” associated with failing to fill that fleet gap, which would be felt throughout the air travel chain as fewer people arrive at those airports.

Clark has previously explained how Emirates’ existing A380s will be central to the carrier’s hub strategy through to the mid-2030s, as he insisted the airline’s business model holds up in a post-Covid world.

Clark’s bullish widebody assessment was not shared, however, by SAS chief executive Anko van der Werff during the same panel session at the CAPA event.

Explaining why he feels the industry needs to “get real” about future demand trends, van der Werff outlined his belief that “in the last 10 years the world has produced too many widebody aircraft”.

He sees that misstep “reflected in widebody aircraft prices post-Covid”.

“I’m certainly not yet positive when I see what is going on,” he says of those sectors in the Covid-19 recovery phase, citing “inflation, fuel costs and some dent of globalisation” as factors potentially weighing on demand in the coming years, alongside increased awareness of sustainability issues. 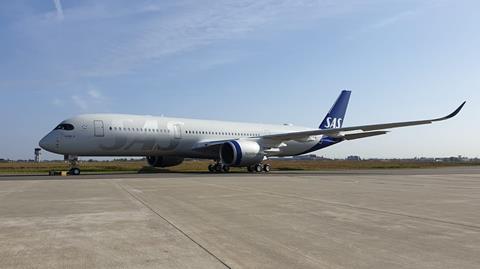