The lessor says this additional firm order brings to 18 units its total commitment to the 777-300ER conversion programme, with a remaining 12 options. The Big Twin freighter programme was launched by GECAS and conversion specialist IAI in July 2019. 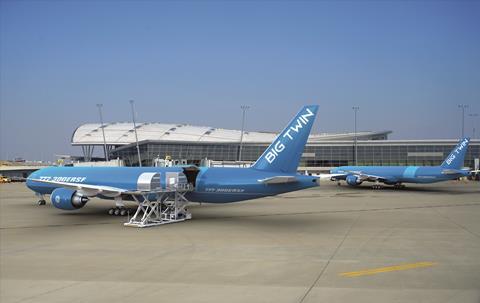 It also announced that Kalitta Air, which will serve as the launch operator of 777-300ERSF, has agreed to lease two additional converted freighters from GECAS. The Michigan-based airline had initially signed a contract with GECAS for three of the freighters, with deliveries expected in 2023.

GECAS Cargo’s senior vice-president and manager Rich Greener states: “We view the 777-300ERSF as the next generation of long-haul, large-capacity widebody freighters.

”We’re seeing immense interest in this new product from seasoned operators like Kalitta to new start-ups who are seeing clear advantages with the affordability of the aircraft, best in class economics and the expanded capacity of the 777-300ERSF.”