Business aviation on a high as sector readies for EBACE return

As the industry readies for its first European Business Aviation Convention & Exhibition (EBACE) for three years, its prospects have arguably not been as bright for a decade-and-a-half. Back in 2007, the global financial crisis lurked around the corner, and today the Ukraine conflict casts its shadow over the world economy. However – unlike its commercial counterpart – business aviation has navigated an even bigger crisis, the Covid-19 pandemic, with relatively little turbulence, and the community will be gathering again in Geneva in a spirit of confidence. 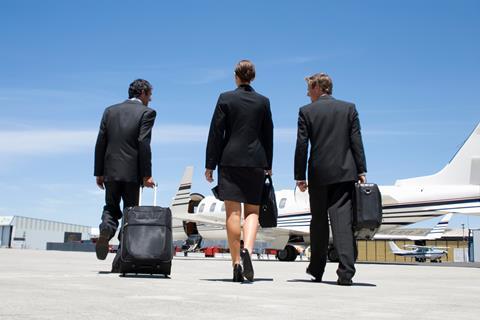 Demand for business aviation grew during lockdowns as airline services dried up, but the trend is continuing

Evidence for the powerful recovery can be seen in the OEMs’ output projections as well as high-profile orders. The emergence of the urban air mobility (UAM) segment – one that some analysts believe could be bigger than conventional business aviation is today by next decade – has added further dynamism to a market already seeing a high degree of new product development. This year’s show will feature a number of UAM electric air taxi start-ups exhibiting in their own right, no longer with quirky, experimental designs but with flight-proven platforms they insist are ready for service.

The industry’s big beasts too are bullish. Gulfstream chief executive Mark Burns said in March that the General Dynamics unit – which has three new models in advanced development – is “building at an unprecedented pace”, with backlog at a six-year high. While the 119 aircraft delivered in 2021 was less than 2020’s 127, shipments will rise to 123 this year, and 170 by 2024, predicts the company. In fact, General Dynamics chief executive Phebe Novakovic says that a fixable wing supply problem, rather than sluggish demand, is the main brake on Gulfstream producing more this year.

Bombardier plans to ship more than 120 Globals and Challengers in 2022, and says that, assuming the market remains strong, this is likely to be higher next year. In 2021, its first year as an exclusive manufacturer of business jets, the Canadian firm delivered 120 aircraft, smashing its own guidance by 10 units. Meanwhile, Dassault – which has the Falcon 6X and 10X due to come on stream – also had an excellent 2021, with 30 Falcons delivered, down four on 2020’s total, but beating its own guidance by five units. The French manufacturer’s backlog stood at 55 aircraft at the end of last year.

Textron Aviation – which offers piston types up to the super midsize Longitude Citation jet – delivered 292 Cessna and Beechcraft aircraft in 2021, up from 245 the previous year, with chief executive Scott Donnelly noting in January that demand for business jets throughout the period was “very robust”. Embraer saw revenues in its executive aviation division rise 5% in 2021, driven by higher deliveries and prices. The Brazilian airframer delivered 93 Phenom and Praetor jets during the year, and expects this to grow to between 100 and 110 in 2022.

Business aviation analyst Rolland Vincent insists the industry is entering a “golden age” after its “acceleration out of the pandemic”, with the wealth of many high-net-worth individuals increasing over the past two years as they continue to resume pre-pandemic work and leisure travel patterns. Commercial aviation’s faltering attempts to restore flight schedules and routes after the first phase of the pandemic – combined with lingering worries over Covid-19 security – have resulted in “people of means discovering a better way to travel by air”, declares Vincent.

With book to bill ratios at two to one, and backlog value at the big five OEMs growing 39% in 2021, manufacturers are enjoying their “best order and backlog condition in 14 years”, says Vincent, who also asserts that there are not enough used aircraft for sale to satisfy demand from customers, many of whom are new to business aviation. Duncan Aviation aircraft sales and acquisitions consultant Tim Barber describes the pre-owned market as “very lively”, with the available aircraft inventory at just 3% of the global fleet. “Aircraft are being secured within hours of coming on the market,” he says.

The Ukraine crisis remains a worry, but analyst Brian Foley is convinced that the collapse of the Russian market as a result of sanctions will have a limited effect. “With 18-month waiting lists, any cancelled orders from Russia will be backfilled quickly,” he says. He believes that first-time business aviation users are driving the recovery by being behind a fifth of all orders. These new customers have helped to drive a 10% rise in aircraft use over 2019 and, despite airlines now restoring capacity, are “here to stay”, maintains Foley, who adds: “The industry as a whole is at a new paradigm.” 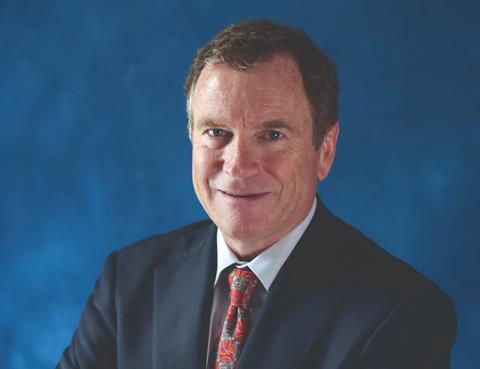 However, he cautions that manufacturers will “not be in a rush” to ramp-up production to meet anticipated demand, instead choosing to remove discounts and “take profits”. This is because “manufacturers have a long memory”, he says. “They recall the financial crash and how demand fell off a cliff, leaving them with inventory.” Instead, “the industry is getting producer power, which it hasn’t had for a long time.” Despite this, Foley expects business jet production to start rising significantly next year, reaching around 900 deliveries in 2024, from around 700 today.

Leading charter and services operators are also expressing optimism. In January, Vista Global, the parent of VistaJet and XOJet, said 2021 had been a “record-breaking” year, largely thanks to new market entrants. The Malta-based company, which offers on-demand, subscription and membership options to business travellers, added that flight hours in 2021 were 57% greater than pre-pandemic figures, although this was partly due to an ambitious fleet expansion programme that the Bombardier operator committed to before Covid-19.

US fractional ownership specialist Flexjet said on 7 April that it is planning to hire 350 pilots to cope with the acquisition of 50 more aircraft this year. The Cleveland, Ohio-based firm says that demand began to ramp-up during the Covid-19 lockdowns, and has continued despite the lifting of restrictions on movement. Meanwhile, rival NetJets is continuing a recruitment campaign, begun in late 2021, to find 110 new pilots as it too sizes up for strong demand for its fractional ownership model. 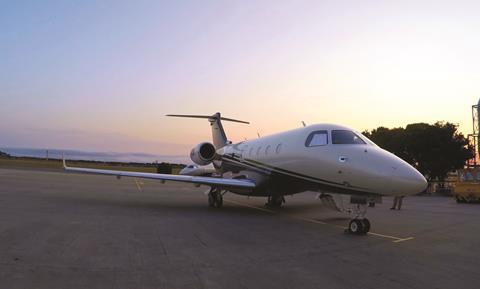 George Galanopoulos, managing director of Luxembourg-based charter and aircraft management group Luxaviation’s UK business, is also “very optimistic about the rest of the year” after a strong performance in the second half in 2021. “Things went mad again after June [when social contact and travel rules were relaxed in many countries] and we had some of our best months ever in that period,” he says. “We covered our losses from the early part of the pandemic and exceeded 2019 by some margin.”

The Ukraine crisis will inevitably have some impact on business aviation in Europe and the Middle East, given the importance of the Russian market both for aircraft sales and charter. Before February this year, it would have been hard to visit a private airport terminal in London, Paris or Dubai without spotting expensively-clad Russian businessmen and their families. Galanopoulos believes the sanctions regime “will affect the whole market going into the summer” but adds that “we have very little exposure to it, so I don’t think we’re going to feel it”.

While curtailing the effective inability of many wealthy Russians to travel around Europe will hit some charter operators and fixed-base operations, aircraft manufacturers, lessors and maintenance providers will also be caught up, with the complex nature of aircraft ownership and overseas registration making it tricky at times to comply with the law. And although Russia accounts for a “relatively small part” of overall business aircraft sales – albeit weighted to more expensive, large-cabin types – “for the wider ecosystem the impact is likely to be deeper”, argues Foley.

Worries over the ripples from the Ukraine conflict aside, the organisers of EBACE – the US-based National Business Aviation Association (NBAA) and the European Business Aviation Association – are promising a “show to remember” after the event was cancelled due to Covid-19 concerns in both 2020 and 2021. “We have all the major OEMs committed, and there is a palpable enthusiasm across the industry to get back to the excitement and magic of being together face-to-face again,” says NBAA president Ed Bolen. 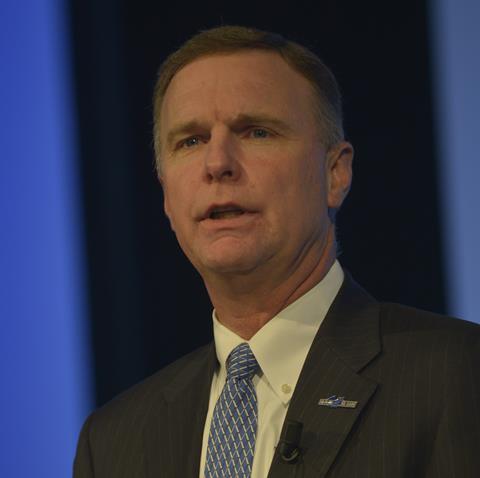 EBACE will be an opportunity to celebrate what the industry represents, says Bolen

NBAA held its annual convention in Las Vegas last October after a two-year gap, and while “the energy and excitement was off the charts”, says Bolen, the show suffered by having few international visitors, as the USA was still largely closed to international travellers at the time. With Switzerland open to vaccinated visitors, this year’s EBACE should attract an international audience, with many keen to “touch and feel” equipment and interact socially with industry colleagues for the first time in years.

Bolen adds that EBACE will be “an opportunity to celebrate our industry, who we are and what we value”. Business aviation, he says, has for decades “been doing great things by getting people where they want to be and when, by creating jobs and economic development and connecting communities to the world”. During the pandemic, he says, the industry played a key role in keeping the global marketplace functioning, as well as helping humanitarian efforts by transporting medical goods and personal protective equipment.

This year’s show will have a focus on two major industry trends: sustainability and UAM. While UAM – or advanced air mobility (AAM) – featured at EBACE 2019, it was more about start-ups “talking about their vision”, says Bolen. This time, many of the exhibitors from last time and others are “well capitalised and talking about moving from aircraft to infrastructures, so it is an exciting time”. He adds: “Our industry has always embraced innovation and change, and AAM is all about getting people to where they want to be. This is a new chapter in the evolution of business aviation.”

The emphasis on reducing business aviation’s carbon footprint will also “resume from where we left off in 2019”, when more than a dozen exhibitors’ aircraft flew to Geneva on blends of sustainable aviation fuel (SAF), says Bolen. However, he notes: “So much has changed since 2019. Back then, the goal was to raise awareness of SAF, that it existed, that it was safe. We are moving now to a different stage – creating a demand for it.” SAF, he says, will play a major part in the sector’s drive to net zero carbon emissions by the century’s half-way point.