The new year promises to bring greater focus on Tokyo’s plans to develop a fighter to replace its Mitsubishi F-2, with a purely indigenous development or with foreign help. News about the F-3 – also known as the “future fighter” – continues to trickle out.

Tokyo prefers leading a programme in conjunction with a foreign partner to develop a new aircraft, but has not publicly ruled out going it alone. In addition to developing what is hoped to be a world-class fighter, the programme would provide valuable aerospace jobs and help the country build on its already considerable skills base. Companies such as Lockheed Martin, Boeing and BAE Systems have all put forward ideas related to the new type. 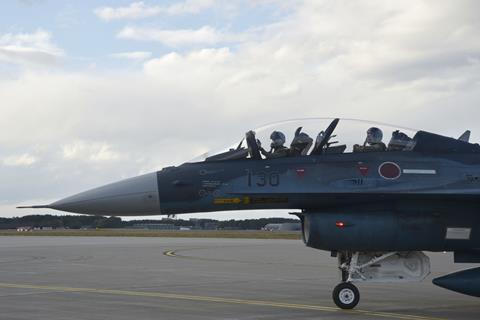 An unattributed Financial Times report in late 2019 suggested that the US government, concerned about Tokyo’s growing interest in partnering with BAE Systems for technology involved in the Tempest programme, is leaning hard on Tokyo for a US partnership. Though foreign help is deemed as welcome – even essential – Tokyo has already poured considerable resources into researching advanced fighter technologies. This included flight tests with the locally produced X-2, as well as ground testing with IHI’s experimental XF9-1 fighter engine.

That the fighter will cost a great deal on a perunit basis is a given. Its small production run of 98 examples made the F-16-derived F-2 one of the most expensive fighters ever produced. As will be the case with the F-3, Tokyo’s de facto export ban precludes foreign sales to spread the cost. Pride is also an issue. Japanese defence officials are well aware that Beijing is building an aerospace industry from scratch that includes its Chengdu J-20 fighter, as well as the planned Xian H-20 stealth bomber, while Seoul continues work on the Korea Aerospace Industries KF-X programme.

Tokyo’s three choices appear to be a purely indigenous fighter, Lockheed’s apparent proposal of a hybrid of the F-22 and F-35, or to blend domestic technology with that of the Tempest programme. The first option would be expensive and unlikely to produce the world-beating fighter Tokyo seeks. The Lockheed option would appeal to the USA, but Tokyo may not get the technology transfer it craves. The BAE option is intriguing, but would infuriate Washington and hurt interoperability with US forces in the Pacific. This set of choices comes amid a more general rethinking of how military systems are developed, where emphasis is more on flexibility and network effects rather than large, monolithic projects as in years past. Still, eventually Tokyo will have to make a tough choice if it is to meet its ambition of replacing the F-2 by 2035.