Italy’s 60-year-old space sector suffered a setback on 15 November, when an Arianespace Vega launcher, built by the country’s rocket propulsion champion Avio, veered off course 8min after launch from the Kourou spaceport in French Guiana and plunged into the Atlantic along with its payload of two satellites. It was the second mission failure of a Vega rocket in 18 months. 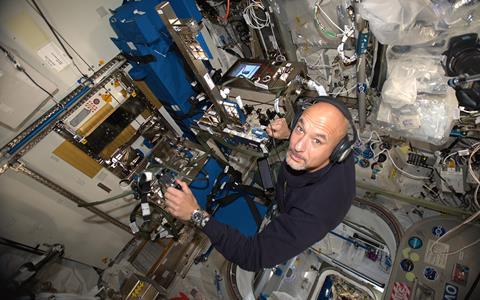 An inquiry into the failure of mission VV17, led by the European Space Agency (ESA) and operator Arianespace, was underway at time of writing, with evidence pointing to an integration problem during assembly of the electro-mechanical actuator system on the nozzle of the launcher’s fourth and final stage, causing the rocket’s trajectory to degrade just after the stage had ignited.

Following the incident, Giulio Ranzo, chief executive of Avio, offered via a video message “deepest apologies” to customers – the SEOSAT-Ingenio and Taranis satellites had been on board. He vowed to “restore the viability” of the 30m (98ft)-high launcher, which can carry payloads up to 1.5t. “We can fix this quite rapidly,” he insisted.

Getting the launcher – 65% of which is manufactured in Italy – back to service quickly will be vital not just for Avio but the reputation of the country’s space industry, one of Europe’s biggest, with a history dating from Telespazio’s founding in 1961. The latest version of Europe’s small launch vehicle, Vega C, which is able to take 2,300kg (lb) to low Earth orbit, had been due to fly in June 2021.

The Rome region-headquartered space propulsion house – formerly a sister unit of military and commercial engine systems manufacturer Avio Aero, but spun off as an independent business when the latter was acquired by General Electric in 2013 – is one of three major space entities based in or with a substantial industrial presence in Italy.

The others are satellite services specialist Telespazio, owned two-thirds by Leonardo and one third by Thales, and satellite manufacturer Thales Alenia Space, another joint venture between the Italian and French companies in which the shareholdings are reversed. The two businesses market themselves jointly as the Space Alliance.

However, Italy’s space sector also comprises some 200 start-ups and other small and medium-sized firms that are “a driver for the economy and an important seed of growth, delivering a quantitative and qualitative return”, says Giorgio Saccoccia, president of the Italian Space Agency (ASI). In total the industry employs more than 7,000 people and turns over around €2 billion ($2.4 billion).

Italy was a European cosmic pioneer – it became the third nation to put a satellite in space after the USSR and the USA with the launch of atmospheric research platform San Marco I on a US rocket in 1964. Throughout the 1960s, Telespazio played a key role in satellite broadcasting, including distributing images of the Apollo 11 Moon landing across Europe.

The ASI, which with a budget of around €800 million is one of the largest space agencies in Europe, has also been heavily involved in the International Space Station (ISS), sending three Italian astronauts on a total of 10 missions. Thales Alenia Space has been the second largest industrial participant in the construction of the ISS itself, producing many of the housing modules on behalf of the ESA.

“Our long term strategy with the ISS has been to place us in a strong position in terms of space exploration,” says Saccoccia. “We have done this via our participation in ESA, but also through direct collaboration with the USA, and as a result we have been responsible for many elements of the ISS. This has given us an opportunity to have access with astronauts.”

Telespazio chief executive Luigi Pasquali believes Italy can continue to play a major role in space because “our industrial sector covers the entire value chain”, making it a leader in fields such as synthetic aperture radar, situational awareness and collision avoidance systems, and space-based military communications; the company is behind Italy’s SICRAL secure satellite system.

A healthy supply chain of SMEs that can draw on venture capital as well as state funding will remain crucial to the industry, he maintains. “The space economy has brought space closer to users, broadening its previously technological horizon,” he says. “Today space is user-driven by the needs of the market. The new paradigm justifies private funding as it ensures a return on investment.”

As well as getting the current Vega programme back on schedule, future key projects for Italy’s space sector include a further iteration of the launcher, the Vega E, whose maiden flight is scheduled for 2024. On 9 December, Thales Alenia Space and Avio also announced a contract with ESA to develop Europe’s automated reusable Space Rider transport system.

The platform, which will be launched on Vega C, is designed to remain in low Earth orbit for two months before re-entering the atmosphere and landing. Space Rider will build on the Italian-led IXV project, the experimental European space shuttle that flew in 2015, with Thales Alenia Space responsible for the re-entry module, and Avio the propulsion system and service module. 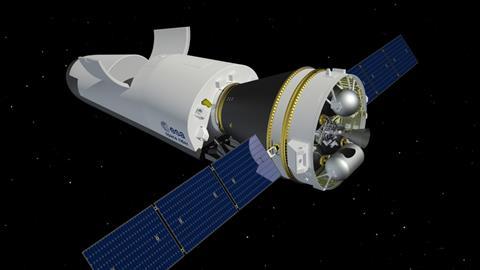 An artist’s impression of the Space Rider platform

Avio’s Ranzo says Space Rider expands the use of the Vega launcher into returnable transport and in-orbit servicing. Massimo Claudio Comparini, senior executive vice-president at Thales Alenia Space, believes the effort, led from the joint venture’s Turin site, puts Italy “at the forefront of the space economy and will boost the huge development opportunities offered by the space domain”.

November’s Vega failure may have slowed the trajectory of its space industry in the short term, but with its central role in initiatives such as Space Rider, Italy is determined to remain one of Europe’s – and the world’s – great space nations in the decades to come.