Scoot first officer Nicole Chee always had a passion for aviation, but it was only the disappearance of a single word from a job advertisement that opened the path to the right-hand seat of a Boeing 787.

Chee fondly recalls childhood outings to Singapore’s Changi beach, which lies squarely on the approach for the airport’s two parallel runways. She soon discovered that she was an avid plane spotter. 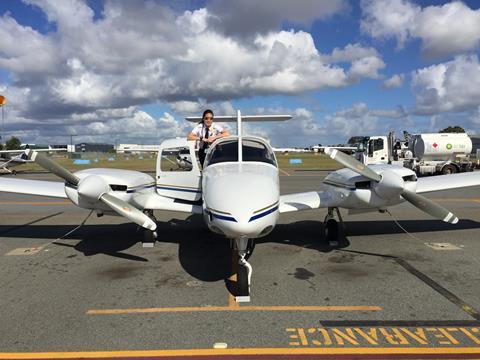 Nicole Chee with a Piper Seminole during cadet training in Australia

“Every weekend, I was looking at aircraft coming in and out,” she says.

Yet, the path to becoming a pilot took many turns. As a teenager she considered joining her school’s youth flying club, but schedule clashes prevented this. After graduating from university, she worked in marketing for a while, before joining Singapore Airlines (SIA) as a flight attendant.

After five years working as cabin crew, Chee took up an office job at SIA, amid a general hiring freeze for new cadets. Then, in 2015, the freeze was lifted, and Chee spotted something unusual about a job advertisement for pilots from Scoot, SIA’s low-cost unit.

“I saw that they had removed the one very key word in their hiring, and they were no longer looking [only] for male candidates. Before that, [airlines] always said ‘we’re looking for male candidates’, but in 2015, when they started hiring after the freeze, they removed that one small, teeny-weeny word ‘male’. I applied and never looked back.”

Not only was Chee the only woman in her cohort of 25 cadets, but also Scoot’s first female cadet pilot. Her training involved considerable time studying in Singapore, as well as flight training in Western Australia. Finally, after two challenging years, Chee realised her ambition of becoming an airline pilot aboard the 787.

Chee has warm words for the Boeing type. She likes the spacious cockpit, but her favourite aspect of the Dreamliner is its performance, given its typical cruising altitude is 41,000-43,000ft.

“What you enjoy as the pilot is how clean and efficient she is,” says Chee.

“We can climb higher and fly faster… because of how the 787 is made, with the composites and wing. Therefore, we are not involved in a lot of the traffic jams that you find up there.”

Across the Scoot network, Chee’s favourite arrival destination is Australia’s Gold Coast airport, given the challenges involved in the non-precision approach to runway 32. This requires flying over the coast, followed by a sharp turn to line up with the runway.

“The view is really breathtaking,” says Chee. “Once you’re visual with the runway, you see the runway with the backdrop of a coastline just beyond that.” 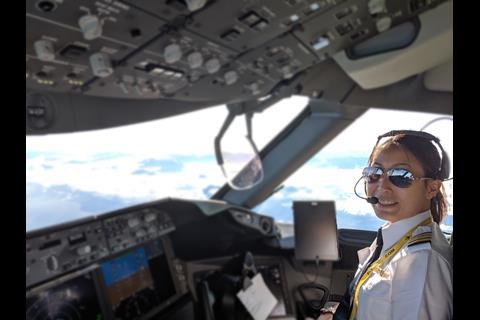 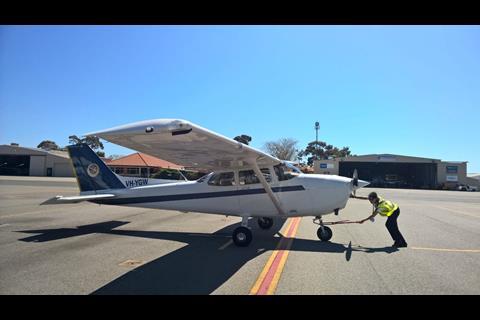 Nicole Chee with a Cessna 172 during flight training in Australia 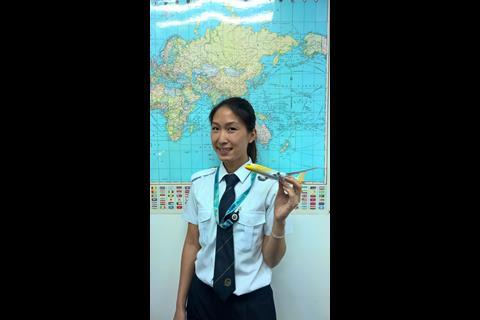 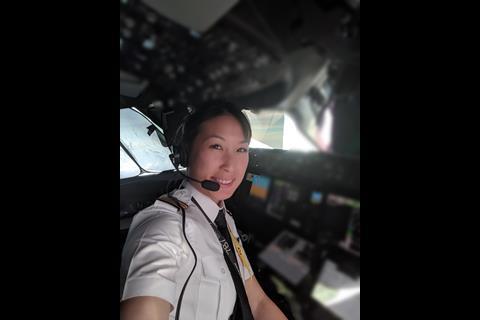 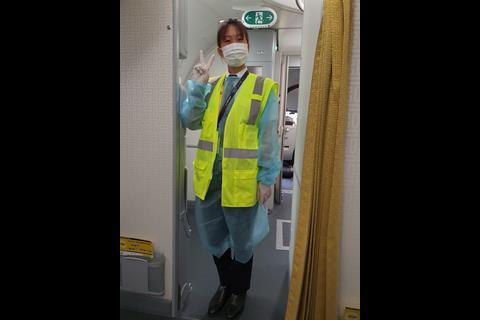 Another favourite is Japan’s Osaka Kansai, also characterised by its overwater approaches, and Honolulu, Hawaii.

Chee could not have anticipated that three years into her career as a pilot the industry would confront it greatest crisis in the form of the Covid-19 pandemic. When the health crisis first emerged in Wuhan in early 2020, Scoot was immediately impacted given that the Chinese city is part of the carrier’s 787 network.

Chee has been fortunate to keep flying during the pandemic period. She also states that though the crisis has been hard on pilots and the aviation industry, it should in no way discourage aspiring candidates. She points out that aviation is but one of several industries that have been deeply affected by Covid-19, but that it remains essential.

“If you have the passion to be a pilot, there shouldn’t be anything stopping you – things will improve and things are actually recovering. Pilots fill a very necessary role for transportation.”

She notes that Scoot is using some of its 787s for cargo flights, delivering essential goods, and points out the key role that aviation is playing in the distribution of Covid-19 vaccines.

Chee also has perspectives on getting more girls interested in flying. When she was young, she recalls that the media drove the impression that being a pilot was strictly for men. Newspapers, magazines and television programmes invariably portrayed pilots as male. While consumption has changed with the rise of social media, Chee feels it is important to provide visibility of women working in the cockpit.

Chee adds that an aircraft, being a machine, is entirely indifferent to whether a man or a woman is at the controls.

“One thing I’ve always believed from the start is that the aircraft doesn’t know whether you are male or female. It will do whatever you tell it to do.”